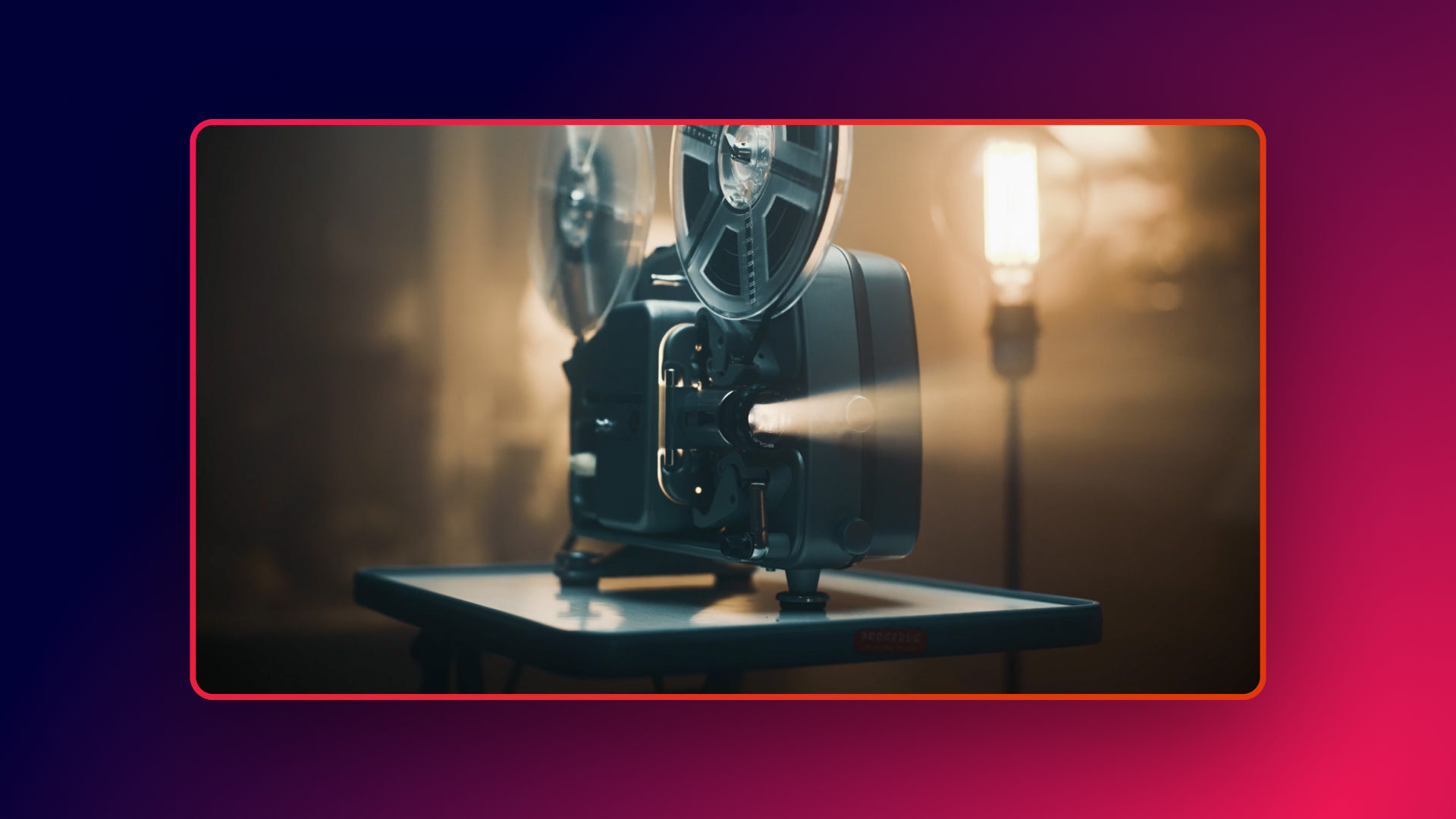 For movie fans, the thought of making one can be an exciting challenge. All you need to start is a good idea and the desire to make it happen.

There has never been a better time to make films affordably. Video cameras are already in our phones, while editing software and apps are freely available to all.

Unsure of where to find them and how to start? We have some movie-making tips and resources you’ll need to begin shooting today!

Every creative project starts with an idea. It might come from a situation, a conversation, a dream, something heard, or something seen.

You’ll need to decide on an achievable and realistic idea for what to film.

A great approach for movies is to ensure you can easily describe your concept in one sentence – so it’s easy to understand and have in mind while your project unfolds. This is called the “high concept” method:

In these examples of“what if?” questions, we find 3 cinematic classics across very different genres. At this stage they could be short films or features, high budget or cheaply made; who knows? But crucially, the premise has promise.

TIP: Write an intriguing single-line “what if?” question that your own movie could answer.

From a high concept, you can then brainstorm to develop the idea. What essential elements might we need to make a first movie right now?

TIP: Most stories follow a 3-act structure; the Setup, Confrontation, and Resolution, or simply a beginning, middle, and end.

First movie shoots should be simple, cheap, and resourceful. The “Guerrilla” approach that some independent filmmakers use could provide a good blueprint to start with.

This is all about making movies however we can with whatever is available. Simple props, regular people, and real locations are used without a large production crew or costly gear.

Examples of Guerrilla-made movies you may know:

This is the essential step for making any movie. Recording the story scenes to video is the “production” stage and where your idea comes alive.

But for those of us without high-end filming equipment, you might question if it’s possible.

What camera can I use?

The camera you choose to start with really depends on what film you want to create.

A digital single-lens reflex camera, or DSLR, is typically best. The range of performance these cameras provide will always give budding filmmakers a deeper, richer experience.

Action cameras like the GoPro HERO9 Black are another option. Often cheaper than a DSLR, they offer less control but are rugged enough to survive any shoot.

However, you don’t always need a dedicated camera. Modern smartphones are capable enough to shoot your first movie if used skillfully.

This is probably the quickest and cheapest way for novice filmmakers. Your current phone is likely to have an excellent camera with plenty of built-in storage and cloud connectivity too.

Where a smartphone is good:

Where a smartphone is less good:

What else do I need?

Whether you use a camera or smartphone, some extra equipment will help. A few pieces of essential gear will assist the shoot and make editing the action much easier.

Using a green screen is a great way of adding visual effects to your shot. Visual effects can add a lot to your story and we have a load of tutorials to help get you started.

Capturing audio on a film shoot is usually every bit as important as the film itself. While you might choose to make a silent movie or add sound in afterward, it’s good to have the option.

Because cameras and phones won’t record well at long-range, an external microphone of either two types is recommended:

TIP: Both types are better wireless if your shots need greater depth or movement.

If you can only use a built-in microphone, there are some useful rules beyond just staying close enough:

Editing turns all the captured raw video footage into something worth showing.

The possibilities here are limitless but for a first film let’s look at basic techniques and the tools you’ll need to apply them.

All movies are made up of a sequence of shots split apart by “cuts”.

Think about a film scene where multiple characters talk. Each moment the camera’s focus is on a different person is a shot. When it switches shot to the next talker we have a cut.

Skillfully combining shots with cuts builds our scenes and tells the story.

Transitions thread your movie shots together in a more artful and seamless way. Beyond the straight cut, they can use visual effects like dissolves, fades, or wipes.

TIP: Check out this tutorial which shows the most important cuts you’ll want to learn.

Editing your movie’s sound can only go as far as the recorded audio and how well this was captured.

If you did use additional microphones and maybe recorded an additional soundtrack too, you will probably have better options for achieving better results.

TIP: Avoid using copyrighted music tracks in your movies, even by accident.

An advantage of recording to smartphones is the apps available to edit on the move. For example, iPhone users can perform basic clip edits and exports using iMovie.

Others include LumaFusion, also for iOS, plus KineMaster or PowerDirector for Android.
While these are ok for basic clip cutting and quick edits, most filmmakers will prefer using desktop software like HitFilm Express.

HitFilm Express is ideal for first filmmakers editing on PC & Mac. As a free alternative to costly suites like Adobe’s After Effects, it makes movie post-production more accessible.

For starters, HitFilm Express imports most video formats. This is useful for those shooting on smartphones because both .MP4 (Android) and .MOV (iPhone) are supported.

Clips can then very simply be dragged into an unlimited number of combined audio/video timelines to easily perform edits.

More advanced features include color correction and grading. Footage can be graded in many ways, from helping the color fit the tone of the film to fixing unforeseen issues of lighting on the day of shooting.

Color presets are brilliant for giving every frame a consistent look and a cinematic style worthy of the big screen.
TIP: Black bars or “letterboxing” can be overlaid to get a more cinematic 2.35:1 ratio.

HitFilm Express also includes some powerful visual effects (VFX) tools. While not all are relevant to beginners making their first movie, several are worth highlighting.

HitFilm uses “compositing” to combine video shots and VFX elements together. These elements could include 3D models, animations, and particle effects.

It’s a YES to all these and much more. Many effects like the 3D muzzle flash are simply dragged into the shot for instant results.

But before you start, you might still be left asking…

A) Making a movie is challenging, but it’s as “hard” as you want to make it.

The ambition you choose for your movie will define the difficulty. Remember to have fun with it and relish the creative experience. If you’re worried about how to make a successful movie then personal pride in your efforts is a good goal.

For more filmmaking tips, videos, and more detail on the full production process, be sure to visit the FXhome blog.