How to create realistic lens blur and depth in HitFilm

Want to level up the quality of your composites? While not usually the focus of the scene, the type of blur you use in your VFX work can make a huge difference in the overall realism of the shot. In this tutorial, Zach introduces you to the Lens Blur effect and explains how it can be used 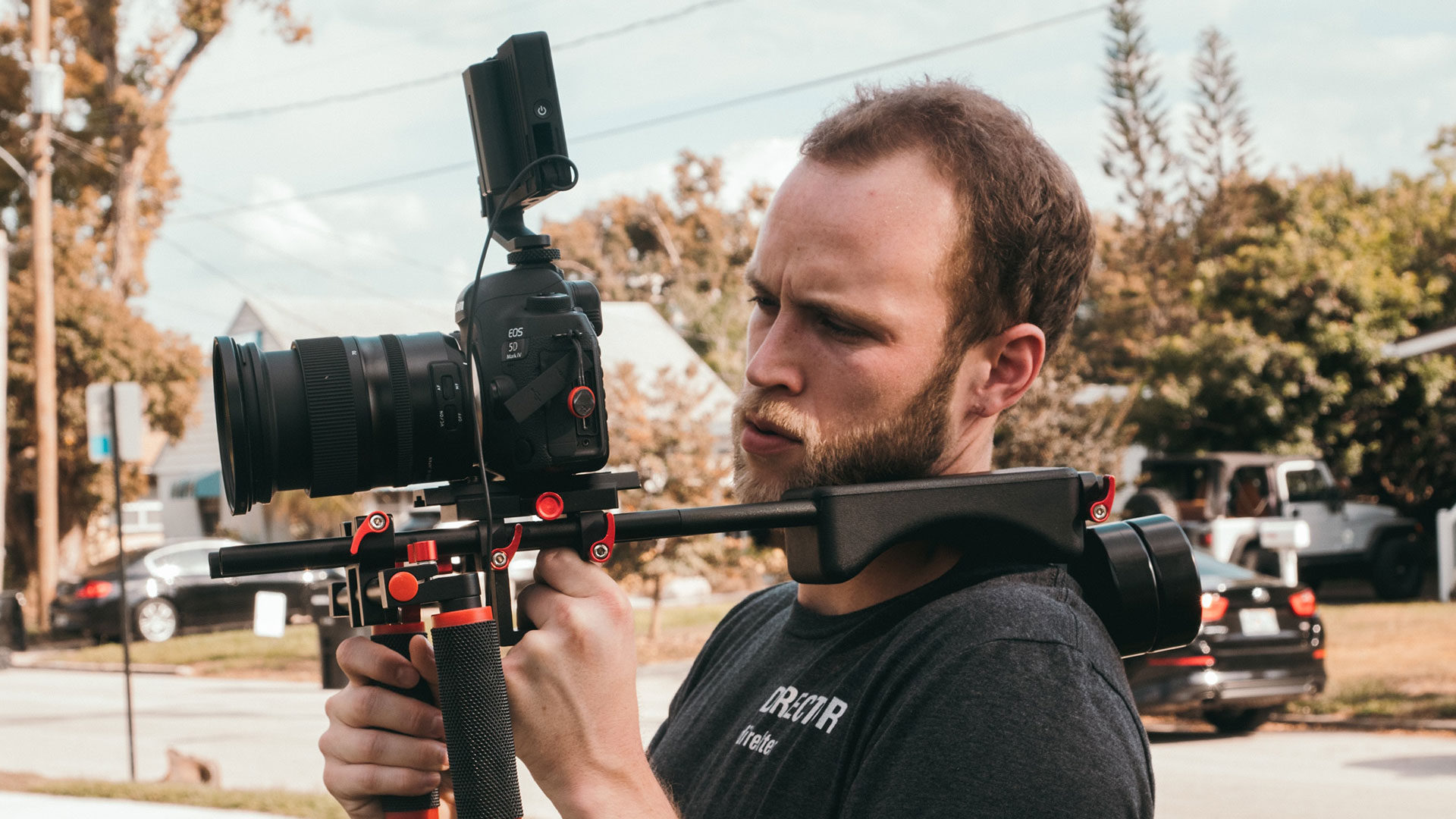 The idea of making your own short films or movies need not be a pipe dream. Don’t let a lack of budget or limited resources hold production back by getting creative with the shoot and discovering great software along the way.

For any beginner filmmaker, the challenge of producing a first short film can be daunting, to say the least. You might be a cinematography student or just an amateur enthusiast – either way, it’s unlikely to be an easy shoot.

However, this certainly shouldn’t deter you, not one bit. Small to zero budget and a lack of crew, actors, locations, and equipment are all limitations, sure, but not prohibitive to success. Some of the best artistic works get made when there’s a passion for telling a good story out of creative difficulty.

If you are big on ideas but small on help, take comfort in the knowledge that the most celebrated filmmakers all started somewhere!

Any project in any medium begins with a vision. What is the aim, what is the concept for what I’m trying to achieve? Are vital questions to answer at the start and stick to throughout.

Think carefully about how restrictions on resources might inform the work itself. Keep in mind that this is a short film, not a feature. Biting off more than you can chew in terms of scope and duration is risky, so settling on how long a short should be is important.

The New York Film Academy says 10-15 minutes is an ideal time reference, but there are no hard and fast rules, so stay modest! Keeping your film short will not only mean less production work but make it easier to share too.

If filmmaking can be broken into 3 stages, then the first is pre-production. For a first short film, you will find that the effort you give here will save struggle later. In formalizing the design of the film, assets like a script and storyboards will be invaluable from day one.

What’s great is that this bit often benefits from being a solo effort. Writing a script or screenplay tends to be done alone, with a typewriter or computer – even a pen and paper if necessary! Here you’ll develop story, narrative, dialogue, and each scene for yourself primarily, but particularly for anyone you may involve.

Storyboarding is more about sketching shots and how the camera will be shooting sequences. Some of the best are done by hand, but free software such as Storyboarder can be faster and more versatile.

Moving on from the writing stage, where it can be easy to let the project stall when working alone, the production bit is calling. This is where limitations on the crew, actors, props, costumes, locations, etc. may hit home.

An important first tip here is to use reality as much as possible. Think about how real places, real settings or environments, and even sequences can be used, manipulated, or blended with any staged dramatic action. Alien worlds aren’t out of the realms of possibility for your film location, but you may need to look into virtual production to make it happen.

Secondly, during filming, be sure to get basics like lighting right the first time and shoot more footage than you need.

Many short films either star the maker exclusively, their family, or willing volunteers. For his debut movie Clerks (1994), director Kevin Smith used the convenience store, where he worked, as a set. His onscreen role as Silent Bob was a unique way to make a non-speaking cameo among a cast of friends and local acting hopefuls.

Much of the “action” was predominantly people talking, with the amateur performances and cheap black-and-white camerawork deemed stylish. Follow-up effort Mallrats (1995) added polish but again showed how real locations could drive a simple narrative when the Universal backlot is unavailable!

Unless you are planning a Pixar-style animated short, you’ll be needing a camera of some kind. Two issues exist here; what device to use on a budget and how to operate it if you are both director and star!

Thanks to modern smartphones, the recording of high-quality video footage has never been more accessible. At the top end, for example, the iPhone 12 shoots 720p, 1080p, 4K, and even HDR at rates up to 60fps. Features like auto-focus, cinematic video stabilization and time-lapse, etc. also help greatly to automate filming.

More modest or older Apple or Android phones will still perform adequately, so the trick is experimenting. Test shoot and look at how the results appear on bigger screens.

Unless you want MTV-style, hand-held camerawork, you will need a tripod or clamp and an external microphone for capturing better sound.

Your software can be like a virtual crew when working alone. A free mobile app like CamTrackAR for iOS can assist during filming by capturing 3D camera motion tracking data alongside the video. Putting post-production power into your phone, CamTrackAR is a godsend when compositing 3D models, graphics, or animation into scenes.

With enough footage collected and shooting complete, you’ll then need an editing suite. None are more affordable and easy to learn than HitFilm Express, free to download for Windows and macOS.

Essential for finalizing any video project, HitFilm provides many hands for not only editing your short film but also as free VFX software. Regardless of how ambitious the project is, the suite can sprinkle blockbuster stardust onto a low-budget, solo shoot.

Far from an exhaustive list of tools you’ll use, HitFilm also includes important options such as text and titling. The ability to start and end with slick intro and credit sequences can’t be understated, along with extras including jittery footage repair and adjustments for GoPro 360-degree video.

With HitFilm harnessed to edit a short into shape, your film will be ready to share in no time. Thankfully, getting any creative content to an audience is equally easy and affordable for budget blockbusters.

Showing your film on a platform like YouTube is especially cool because viewers can post comments, feedback, and tips. Rub shoulders with inspiring channels like Film Riot and Corridor Digital that stream epic short films made on limited budgets.

Reddit communities like r/filmmakers or r/hitfilm and filmmaking blogs can similarly provide support or technical advice to lonesome producers, as well as our very own forums.

Making a short film might seem like a challenge, but don’t let it put you off. Follow these steps and you’ll be the next Scorsese in no time at all. Just you wait!

And remember – icons of modern independent cinema all had their formative years. With some vision and resourcefulness, you never know, you really could be the new Steven Soderbergh or Sofia Coppola!