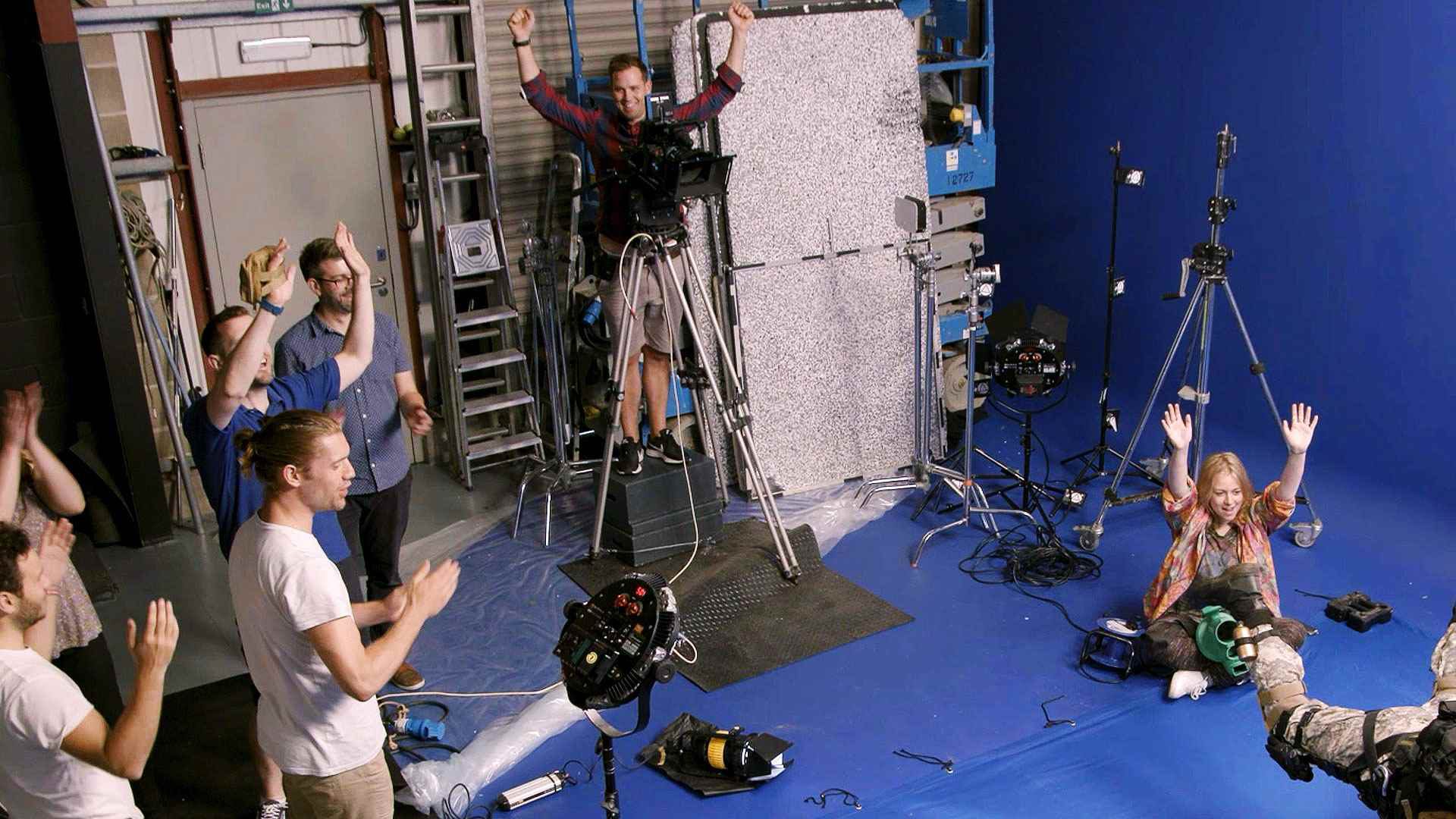 Watch a movie’s end credits and the list of names is huge. Every single member of the cast or crew does an important job in making the film.

Anyone thinking of a career might wonder what all these different roles are. While varying between productions, it’s worth knowing the jobs and the nature of what they do.

What should you expect in general about working on a film set?

With those points in mind, let’s break down the key roles to consider…

Pre-production is the time before a film shoot starts. Think of it as the planning phase, when scripts are written, actors found and locations decided ready for filming.

Scriptwriters / screenwriter: A screenwriter writes character dialog and the film’s “screenplay” based on a story idea or adaptation. Imagination and literacy are required along with a sense for scene composition.

Casting: Casting assistants and directors identify the right actors for a film roles based on the script. They spot talent, organize auditions, make showreels and submit suggested candidates to production supervisors.

Location scout: A location scout finds places or properties for filming and handles all logistics. Guided by the script, they check with local authorities to secure film permits.

Often the longest phase, production involves the most staff. The core film production team however includes the most senior and powerful people running the show.

Producer: More creatively involved, a producer acts as an on-set supervisor. Working in harmony with the director (hopefully) they ensure filming stays on schedule and to budget.

Director: Charged with visualizing the script or screenplay, the director is the film’s creative lead. They use artistic vision and technical skill to direct the shoot, the crew, and the cast.

Production assistant: The “PA” or “runner” role is an ideal entry-level job. They perform all manner of general tasks around production such as answering calls, making coffee, and running errands.

Cinematography is defined as the art and technology of photographing the film itself. So these guys, and girls, care most about cameras and recording every image.

Cinematographer: Also known as a director of photography (DoP), they are the image experts. Alongside the director and camera/lighting crew, the Cinematographer ensures what the camera shoots looks great.

Gaffer/Chief lighting technician: Gaffers work with DoP’s to control on-set lighting. They use an artistic eye to design lighting effects and use electrical knowledge to set up equipment.

Grip: A grip is concerned primarily with camera movement. They are experts in the mobility of camera operation and enabling every shot director needs.

Camera operator: Operating the camera itself, they actually record and capture the action. Technical filming skills are needed to frame or compose shots and move the camera accurately under direction.

Sound is a science in itself. A film crew isn’t just what we see and so the audio experts will capture or design every noise needed to make the picture sing.

Production sound mixer: The most senior overseer of sound recording during filming. They are responsible for balancing and capturing dialog, noises, effects, and any on-set audio ambience.

Sound designer: The sound designer is expected to create new sounds for on-screen action. Artistic and imaginative, they have an almost musical sense for noises and how to compose them for dramatic impact.

VFX supervisor: Manages the full visual effects pipeline and the crew of VFX artists. Interpreting the director’s creative vision, they are present during filming to evaluate shot suitability and more.

Technical director: Technical in an engineering sense, a “TD” is part VFX artist and part programmer. They usually develop new tools or write the scripts that generate complex particle effects.

Compositor: Known also as a compositing artist, they create the final film images in post-production. Combining footage with any digital elements like VFX, a compositor ensures every shot looks great.

Colorist: The colorist quite literally colors the film’s look by “grading” the picture. They apply special palettes and set luminance or saturation levels to set a cinematic mood.

Various other artists are involved throughout. Films need talented illustrators to visualize how everything looks, people to conceive sets, design outfits, and even paint the actors!

Production designer: Applying artistic vision, they design the overall look of a production. This includes anything within a film’s visual “world” such as setting, costumes, props, and visual effects.

Art director: Working for the production designer, they instruct on implementation and construction. They oversee the build of sets, costume making, and assorted artisans to follow the overall vision within budget.

Visual development artist: VDA’s are usually multi-skilled creatives who, like production designers, cover every aspect of the visual design. They often focus on defining wider mood, tone, and color elements of how an imaginary world might look.

Storyboard artist: Responsible for translating the script into a shot-by-shot sequence of drawings. These thumbnail sketches convey action in key scenes while suggesting shot framing and camera angles.

Prop master: In charge of any moveable item used on set, they run the property department. They source objects, direct prop makers, and schedule the delivery of props to the shoot.

Costume designer: Designs and directs the manufacture of the clothing worn by characters in the film. Possessing strong artistic and fashion history knowledge, they often require tailoring and couture skills.

There are usually many extra roles, varying by production. Some films will have more specialist requirements above and beyond stuff like special effects and stunt work etc.

Pyrotechnician: Designs, creates, and executes real explosions or controlled fires on set for the purpose of film special effects. Training and licensure are necessary over formal qualifications.

Stunt coordinator: Experienced as a senior stunt performer, a coordinator casts stunt doubles and oversees the choreography of any physical action sequences.

Choreographer: The type of choreography depends on the film, such as dance or stunts. Choreographers design and teach physical routines involving martial arts, gymnastics, and more.

Now you know what everyone does, what might you try to join them?