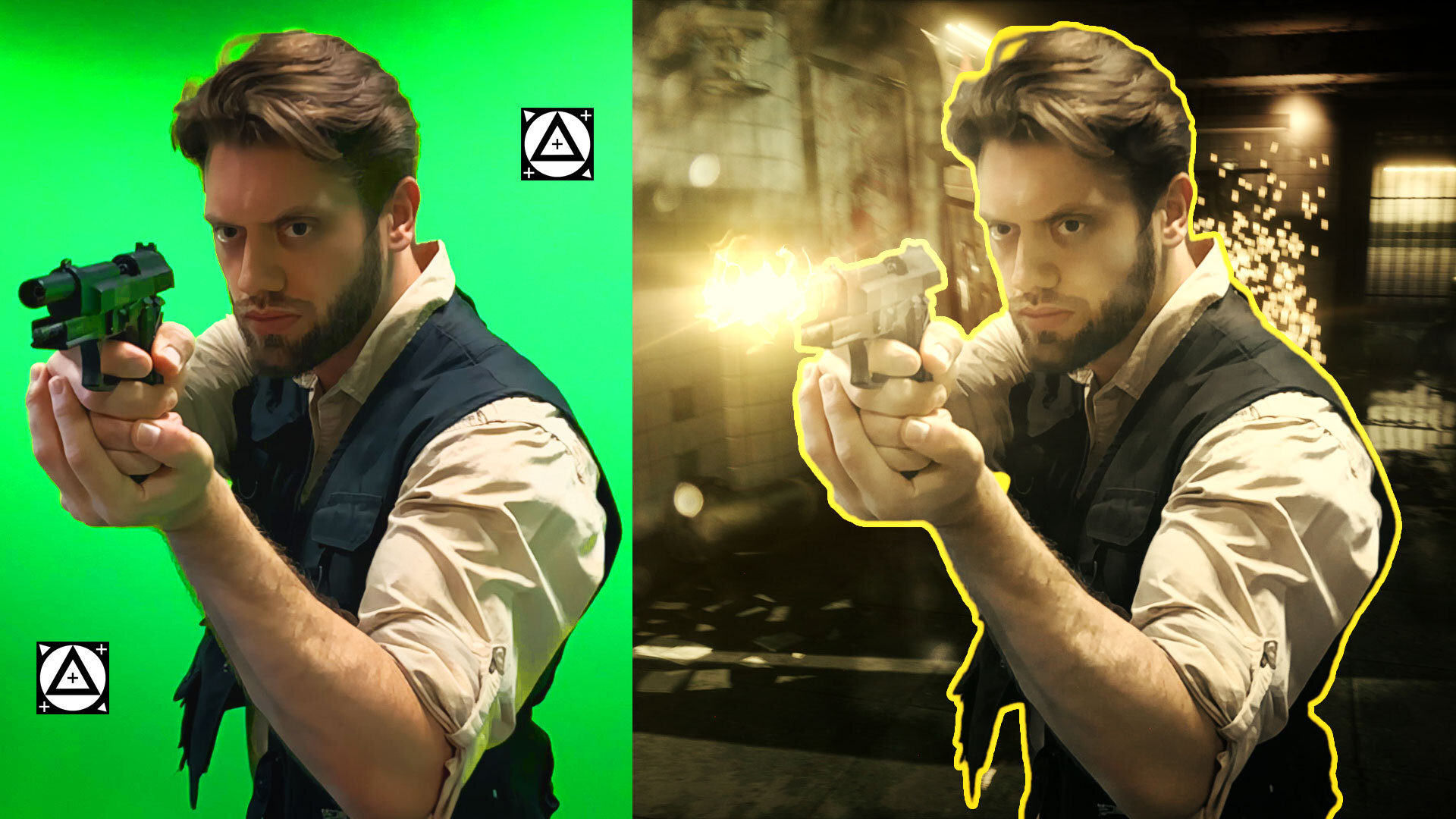 How to create a freeze time effect

Inspired by the most iconic scene from The Matrix, the bullet time effect is the best way to capture the most intense action scenes! Today we're using HitFilm Pro and its built-in Foundry Camera Tracker effect along with footage taken with CamTrackAR to show you how it can be done easily and on a low budget.

This tutorial will take you through how to create a time freeze effect inspired by the Matrix films. We’ll be using HitFilm Pro as it includes Foundry’s 3D Camera Tracker. If you want to follow along in Express you’ll need to get a 3D track, either by filming with CamTrackAR or using the Mocha HitFilm add-on. You’ll also need the 3D: Model Render add-on, the Motion: Audio Visual add-on, and the Color: Looks add-on.

The first step in creating this effect is to create a 3D camera track. We filmed our footage on an iPad using our free iOS app CamTrackAR, which records 3D camera data along with the video footage. The tracking data from CamTrackAR worked perfectly for matching the digital environment created in Unreal Engine with the movement of our scene, giving us great flexibility to customize the background. We then opened the resulting Composite Shot in HitFilm and keyed out the green screen (Need to know how to take your CamTrackAR tracked footage from your iOS device and composite it into HitFilm?).

To track the visual effects elements onto the prop gun, we used Foundry’s Camera Tracker in HitFilm Pro. This tracker worked perfectly for these small details as it included the actor’s slight movement in the track, allowing the effects to stick right onto the gun. (Here’s a tutorial showing you how to use Foundry’s 3D Camera Tracker).

With our points tracked, our camera solved, and our scene created, we can select a tracking feature on the barrel of the prop gun and create a 3D Point layer from it. To check the quality of the track, we imported a cylindrical 3D model that we exported from Blender. This model is included in the downloadable project file. Once imported:

If you play your footage back, the result still may not be perfect, but the cylinder model should stick onto the footage quite well. You can also manually animate the Point layer to improve the track further. Please note that the track doesn’t have to be completely accurate, as none of the objects we’ll be adding will be as precisely aligned as this cylinder.

A crucial element of any gunfire effect is a muzzle flash. These usually last for a single frame, but in this case, the flash will require more detail as we’re creating a freeze time effect. For this, we created a custom stylized 3D muzzle flash using the Atomic Particles effect. To do so:

We used 3D models to create the slow-motion bullets. We sourced the free 9mm bullet model from Sketchfab.com. Once you have downloaded the .gltf model file and imported it into HitFilm.:

We created the Matrix-style bullet trails by 3D modeling them in Blender. To create the model we started with a sphere object and flattened it out. We then duplicated the sphere multiple times, changing the scale to create one segment. This segment was then duplicated several times to create the long trail. (You can find the model in the downloadable project file.)

These bullet trails will also be used as a Displacement Map to distort the footage. For this to work properly, we need to add some detail to the trails with some lighting:

To finish off the shot, let’s add a green-tinted color grade to match the feel of the Matrix films:

When you’re are happy with your colors, you can add various additional effects to tie the shot together. Lens Dirt, Chromatic Aberration, and Film Grain are all great effects to add some detail and imperfections to the shot. Finally, as our effect was created in a 60 frames per second project to make it play in slow motion:

Now you have created your own Matrix-style bullet-time effect in HitFilm! See you next time for another awesome tutorial!