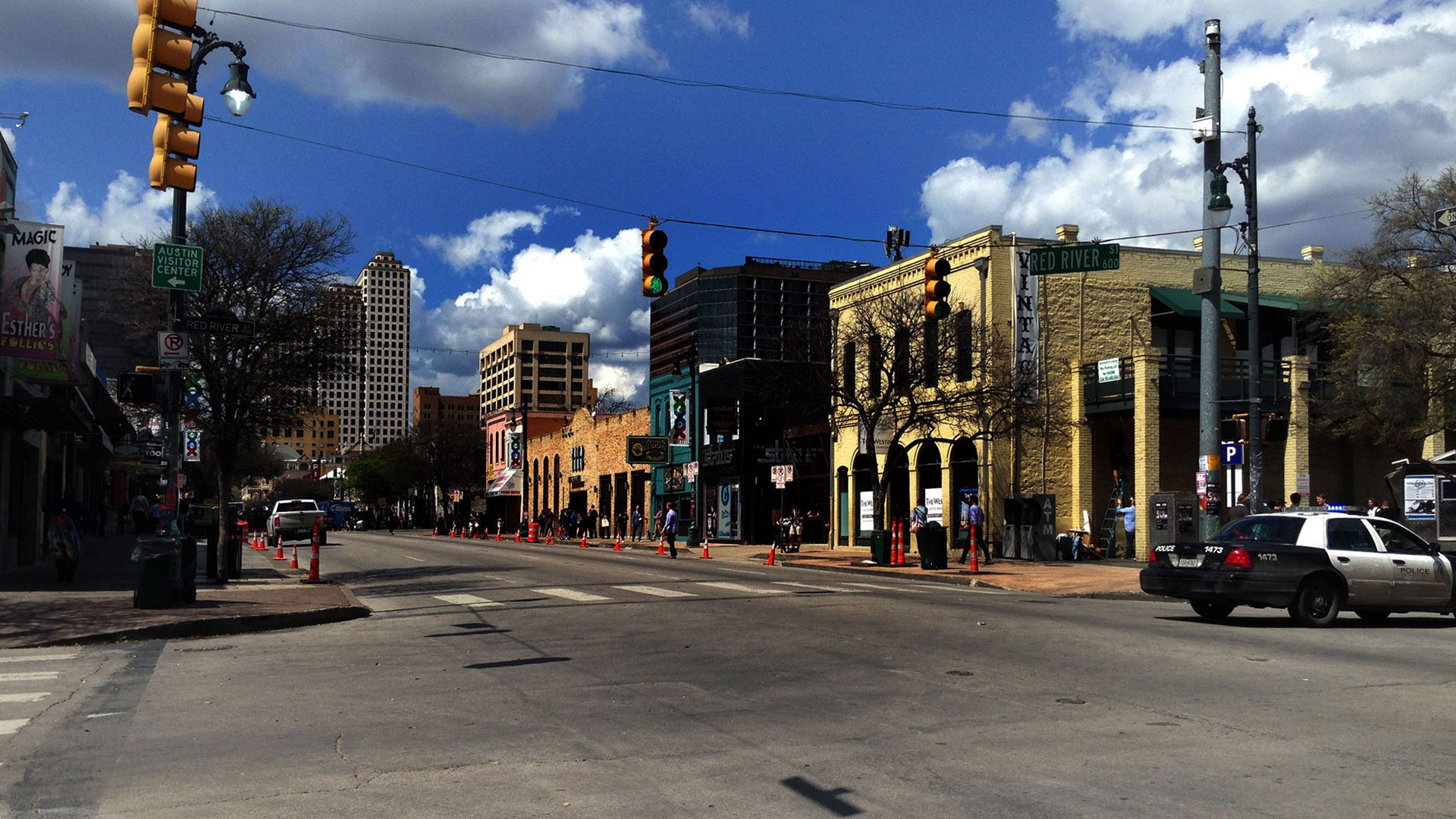 We went to SXSW (and had a barbecue)

We went to the wild and wonderful South by South West video conference, met up with Atomic Productions, and had an amazing BBQ.

“My name’s David,” said the man who had accompanied me down 6th Street. He shook my hand. “You have a great time. We’re going to go to Animal Planet’s Next Cat Star party.” If a city is defined by its people, then Austin, Texas is friendly and slightly crazy. This was our first time at South By South West, a conference-festival mash-up that doesn’t quite know what it wants to be but which never fails to be fascinating.

Bring me the tacos

SXSW would seem to be as much about food as it is about tech, film and music. Every venue was never more than ten seconds away from steak tacos, some form of barbecued meat or arty coffee – and that was just from the pop-up eateries scattered around the streets.

The real difference between SXSW and other broadcast and tech events is that it truly takes over the city, rather than being confined to the conference center and major hotels. Enthusiasm and invention spills out onto sidewalks and into park spaces, from trailer cafes to open air cinema screenings.

Austin’s a beautiful city and quite unlike anywhere else we’ve been in the States.

“SXSW is all about tech, music, speakers, journalists, startups, film, entrepreneurs, tech, tech and more tech. There is no way you will leave Austin without a buzzing head and a million ideas of your own.”

We split into two parties, with Josh and Andrea heading to networking events throughout the day while Kirstie and I attended as many interactive panels as our brains could handle. The best minds in the industry – several industries, in fact – converge on Austin for SXSW, providing a concentrated dose of insight into the latest design trends, technology and social developments.

The speakers frequently force you to challenge your ways of working and assumptions about your market, product and users. At other times the talks serve to confirm and support your decisions, shining a light on the future and the path you’re following. As a designer, writer or marketer it’s an invaluable, inspirational time. A theme running throughout the conference this year was that users and customers are the ones in charge – an ethos we’ve tried to put at the heart of HitFilm’s development right from the start.

Picking specific highlights is an impossible task, though a panel conducted by two 14 year olds was pretty remarkable. We’ve been lucky enough over the years to encounter young filmmakers like Sam Gorski, Niko Pueringer and AJ Rickert-Epstein who have gone on to forge great success and it’s always exciting to see that spark of creativity when creative people are just getting started.

“Going to shows like SXSW is always a great way to discover the latest trends and get the chance to talk to other businesses in our field.”

Talking of creative people, visiting Austin finally put us in the same town as Atomic Productions, the crew headed up by Andrew and Ben Adams. They’ve been a staple of the FXHOME and HitFilm communities for about 12 years, most recently showing up when we collaborated on their The Splinter Cell short.

Andrew and Ben, along with their regular cohorts Josh and Reese, were kind enough to introduce us to authentic Texan BBQ (more meat on my plate than in the whole of the UK) as well as provide some pro tips on Austin nightlife.

The Atomic crew will soon be heading over to Europe to attend the Cannes film festival, where their latest 48-hour short film will be showing having won at a national level in the USA. It’s always exciting to see veteran community members enjoying such success and meeting up definitely took us back to our roots and emphasized how far we’ve all come.

“Conferences and networking events are all well and good, but the highlight of the trip was meeting Andrew and Ben at long last. They’ve supported us for 12 years and it was a pleasure to finally shake hands.”

With jet lag having dissipated we’re already looking to the next show, which is the NAB conference in Las Vegas. We’ll be there for two days, operating with military precision to pack in as many meetings as 48 hours allow.

The schedule is already bursting at the seams but do get in touch if you’re going to be there and want to engage in a Patrick Bateman-style business card exchange.

Many thanks to the people of Austin – especially the Atomic guys – for making us feel so welcome during SXSW. We’ll see you next year.