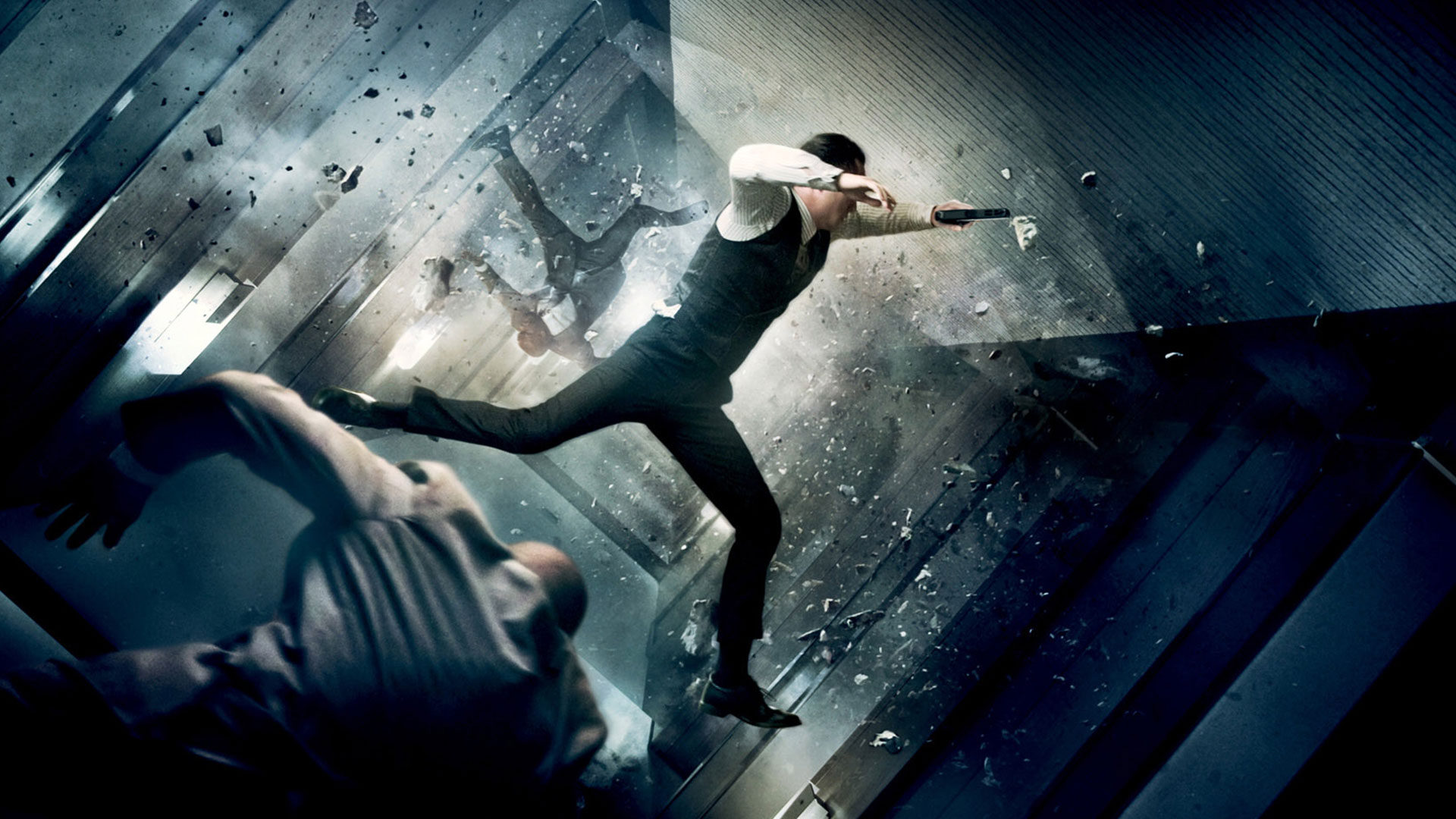 Origins of the Inception Horn

Is it the most recognizable sound in Hollywood? We talk with sound designer Bennet Maples to deconstruct the magic behind the infamous 'Inception Horn'.

Think of a recent movie trailer.

Did it have a slow beginning, followed perhaps by a couple of scenes showing a peaceful world, building tension with a ominous line of dialogue? Then, you hear it – your speakers shake as you hear the first of many BRAAAAHHHHHMMMMMS and the characters start panicking. Perhaps one of them looks in horror at the sky as a shadow falls over their face. Shots fade in and out with the brassy notes until they reach a climax. Cue a few seconds of black and then one, lonely, final BRAAAAHHHHHMMMMM as the film title fades in.

I’m talking about what has become known as the Inception Horn (follow the link, you won’t regret it); a distinctive sound which has been ubiquitous in movie marketing for the last four years.

I sat down with sound designer and regular FXHOME collaborator Bennet Maples to talk about the origins of the sound and the technical tricks used to create effective trailer soundscapes.

Vulture states that the Inception Horn is actually made up of five different instruments playing one note at top volume together – the French horn, the Bassoon, the Trombone, the Tuba, and the Timpani.

“Creating a special effect like this one can be both a technical and a creative challenge,” says Bennet. “In the case of the Inception Horn, you’re looking at both a sound team and a music team with immense time and resources at their disposal. This single sound will have been one that stood out from hundreds of experiments, probably involving a bizarre cross-section of contributing textures and enormous patience.

“At normal film resolution we are listening to forty eight thousand samples every second. Layering different sounds can reap extraordinary and often surprising results. Sound designing an effect like this needs extremes of timbre, powerful for impact and tenuous for emotional

resonance. If you are starting from scratch chances are you’ll want to be in your nearest sound booth exploring the sonority of the most interesting items, or instruments you can lay your hands on – then heading off to the likes of the local steel mill to capture size and drama. Synthesisers can offer a range of options too, and many of the versions of this sound used in trailers are simply virtual recreations, but even a unique blend of synth sounds will never have the inherently organic qualities that we subconsciously feel in a home-recorded texture.”

The psychology of sound design

There are many theories about why the Horn works so effectively on an audience. One theory by Smithsonian states that “the ominous drone is a nod to inner turmoil […] there’s lots of worry about today, and ‘those thunderous musical cues seem handed down to remind us that even frivolous popcorn movies aren’t supposed to merely be fun anymore.’”

“Sound plays a much greater part in film than most of us realize,” says Bennet of audio’s subconscious influence. “It’s 50% of our experience according to the likes of David Lynch and George Lucas…up to 80% if you ask Danny Boyle. When producing the soundtrack we are in a privileged position of having control of the audiences’ experience.”

“music is the true international language of emotion and can seduce or kidnap us with its seemingly unlimited access to our unconscious.”

“The foley of a character’s shoes or movements will influence how authoritative we think they are, the infinite textures of background atmospheres affect and manipulate our comfort within an environment. Watch The Sixth Sense at a high volume and you will find human whispering and crying that subliminally unsettle us during the ghost sequences.”

A brief history of sound

Despite its common moniker, the sound of the Inception Horn pre-dates the movie. Musicians had been using electronica, dubstep and synth blasts to create similar sounds within their music for some time. I stumbled across it in the song One-Eyed Man by the band This Morn’ Omina, which dates back to 2002. The similarity is unmistakable.

Bennet tells me that, unlike picture, sound technology has not fundamentally changed for twenty or thirty years: “What we do on a day-to-day basis involves the same techniques and processes that I was using twenty years ago and my peers were using fifty years ago. Watch a sci-fi film from the nineties and chances are you’ll be overwhelmed with how much CGI and camera technology has advanced since – but listen to the soundtrack and it is likely to sound as fresh today as it did to it’s premiere audience. Sound is the unseen element of a film and as such our evolution is influenced more by developments in picture technology.”

“The proliferation of the ‘Inception Horn’ has stemmed from two different camps,” he goes on to say. “Firstly, the introduction of 5.1 sound systems in 1980 – or, more specifically, the .1 aspect, the dedicated subwoofer in 1980. This allowed more extensive and effective use of the low frequencies and inspired more experimentation with sound as more than just an enhancer of the reality.” The development of high quality home theater equipment in the last decade has also made richer soundscapes a reality outside of the cinema.

“Secondly, for big budget movies, trailers are created by dedicated companies who respond quickly to stylistic trends and are much more keen to maximise any technique that seems to have grandiose effect.” Aside from Inception, the sound in trailers is generally not featured in the film itself.

Who created the Inception Horn?

There is some controversy surrounding the creation of the Inception Horn.

Composer Hans Zimmer originally credited himself with coming up with “the Horn” by slowing down Edith Piaf’s song ‘Non, Je ne regrette rien’ (on which the whole soundtrack was based) in an interview with IndieWire. However within days of this being published, marketing campaign specialist composer Mike Zarin contacted IndieWire with his side of the story, claiming Zimmer wasn’t involved in the creation of the sound at all.

Zarin is given 4-6 weeks to produce the sound for the first Inception trailer before filming has even started. Zimmer is not involved at this point in any of the composition.

Zimmer’s team is then brought in to work on the second trailer. It retains the same original horn and a few brassy notes from Zarin with new orchestral music by Zimmer.

Trailer 3 is also composed by Zimmer and still contains the original horn sound. Zimmer then takes the music from Trailer 2 and works it into the ‘528491’ track on the final film score. Zarin claims this is where he lost credit for his sound, as people wrongly assume the trailer music is taken from the soundtrack, rather than the other way around.

There are a lot of accusations and claims made by both parties, resulting in a very murky situation regarding the sound’s origins.

The Inception Horn still reigns supreme, appearing in most 2014 blockbuster trailers, but it’s possibly reaching saturation point. Trailer producers will be searching for a new trend to define the next five years of movie promotion. Given the huge success of Guardians of the Galaxy and its ’70s-themed soundtrack don’t be surprised to see trailers in 2016 trying to replicate its quirky style.

Bennet feels “the Horn’s successor is hard to predict but it will be led by the bigger budget campaigns, where time to experiment is at its greatest, with creative directors willing to give their teams the time and scope to try new things.”

As for a potential trend-setting future film, he suggests none other than Christopher Nolan’s latest, Interstellar, which has employed a more delicate, restrained aspect to its trailers – almost making a conscious effort to avoid the Inception Horn when you most expect it.

Of course, there’s always the a capella option: