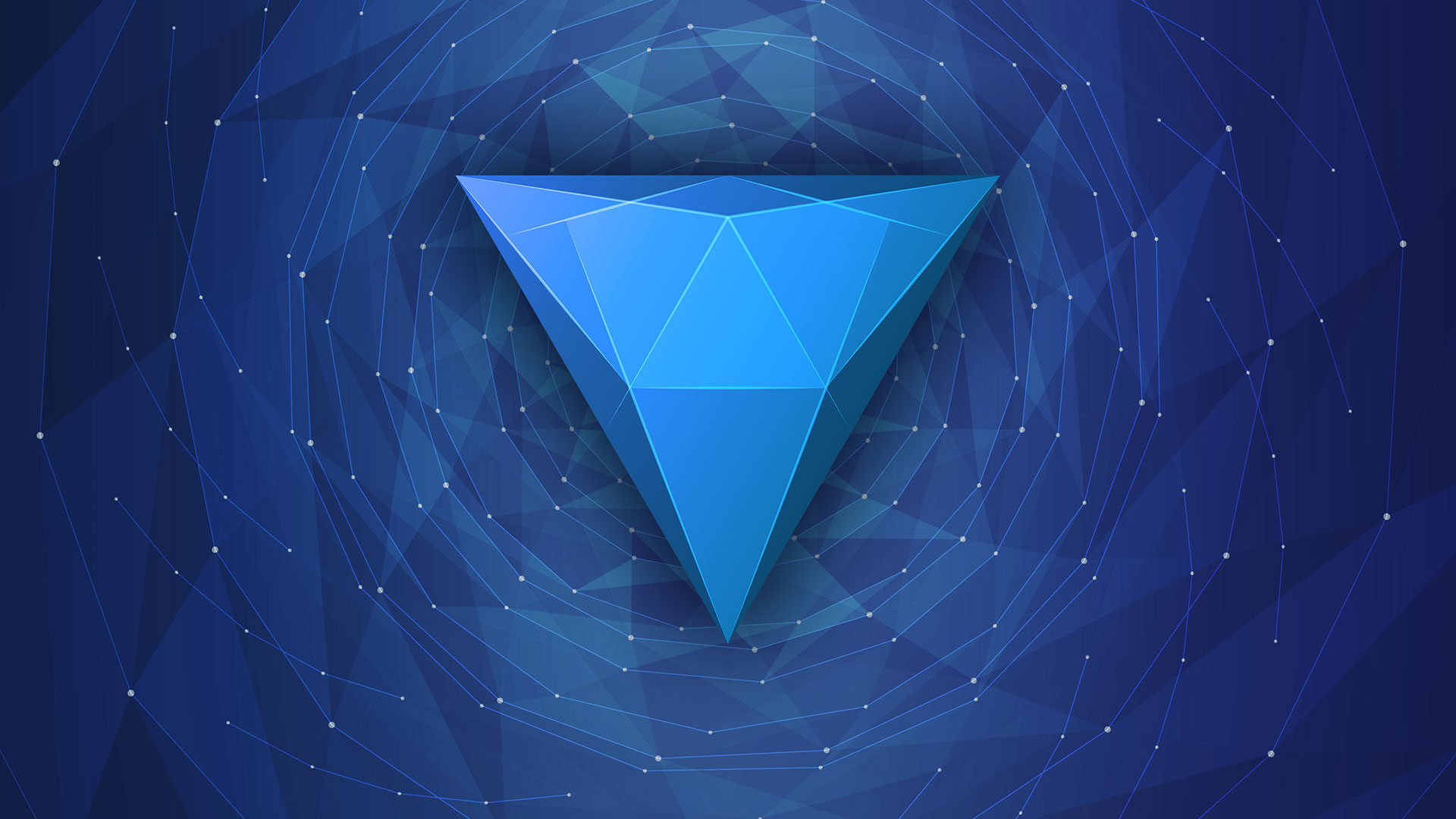 The biggest release we've ever had! We’ve had a tough time keeping our poker faces in-check with this version, but this isn’t about us, this is about YOU and how your feedback and sense of community (all 1.8 million of you!) has driven this latest release to be the biggest it has ever been.
Buy
Try
Upgrade

We’ve had a tough time keeping our poker faces in-check with this version, but this isn’t about us, this is about you and how your feedback and sense of community (all 1.8 million of you!) has driven this latest release to be the biggest it has ever been. Let us introduce the HitFilm Pro 6 release.

First things first, to make HitFilm Pro more accessible than ever before, it is now a standalone product available for just $299. Ignite Pro hasn’t been forgotten though – it’s still available to buy and has its own set of incredible updates and tools, which you can read more about here. Not only that, when you purchase ANY of our products, you get 12 months of updates completely free. When your 12 months runs out, you get to keep your latest version forever!

With these new releases, we’ve officially upped our game.

In the HitFilm Pro 6 release, we’ve enhanced the capabilities of the Editor to allow you more freedom to make speedy changes. With the help of a nifty Sequence Animation tool, you can add simple flourishes and make alterations to movements, transitions, and opacity without needing to switch to the composite timeline.

Not leaving the timeline provides the basis for a ton of new features in HitFilm Pro, such as the Adaptive Trimmer tool, which is perfect for the indecisive editor. You now have the power to re-trim your clips after adding them to the timeline. Double-clicking a clip sends it to the trimmer panel, ready for you to make the adjustments you need – and it’s all automatically updated! Don’t forget to add in your lower thirds with the Create Text in Editor tool. Introduce characters or presenters on screen, let your audience know where in the world you’ve transported them to – past, present, future . . . or how long they have left until the alien invasion.

The Compositor has lent some powerful tools to the Editor in HitFilm Pro. But that’s not to say it doesn’t have its own thing goin’ on. In fact, the compositor works double-time to animate two shots at once by using the control panel graph AND the timeline graph, meaning that you can work on a scene at the top and bottom of the shot simultaneously.

Need to add some footage but forgot to film landscape? No problem! We all know that shooting a feature film on your mobile is possible, but sometimes a vertical frame can be tricky to edit. With HitFilm Pro, you now have the ability to use Vertical Video Effect so your video can seamlessly fit alternative aspect ratios. Therefore manipulating your vertical video to provide the background to your original shot. Not bad, huh?

When you’re ready to tweak audio, there’s no need to slave over manual audio syncing  – apply the Auto-Sync feature to your latest media import and dramatically change your workflow to capture the perfect soundbite. Once you have the closing speech nailed, it’s time to even out the audio and level the dynamic range with our Audio Hard Limiter effect.

Now it’s time for the flashy stuff. Introducing Behavior Effects – an out-of-this-world tool that will raise the bar for replicating realistic motion graphics which move in relation to their parent object.

Picture this: you have created your apocalyptic skyline, and meteors are descending to earth, but realistically they wouldn’t move at the same speed. Behavior Effects will allow you to make layers follow each other, like a trail of ducklings, or repel other objects coming towards it, as well as revolving slower or faster than the speed that the targeted object is revolving at. By combining them, it makes it possible to achieve complex animations with minimal effort. Creating animated timepieces or orbiting planets has never been so simple!

HitFilm Pro’s manipulation tools don’t stop there, you have full control over animations, images, shapes, and text characters by adding natural motion with the Puppet Tool. Become the puppet master and define what parts of the image should move, and what parts should remain rigid.

If throwing shapes on the dance floor is your jam, then the Geometry Effects might catch your eye. Extrude, Bevel & Rotate your way to super cool 3D titling effects, and watch your opening credits go from flimsy to Fincher. Use the Occlusion for Text tool and achieve crazy levels of realism based on the light and its environment.

The HitFilm Pro 6 release also now allows 3D models to optionally use mirror reflections per material instead of spherical reflections. This means you can take a 3D model of a car and create a complete mirror reflection of it for a realistic look. Using HitFilm for business, not pleasure? This feature might be for you!

Make sure you’re getting the whole picture by viewing 360-degree video in its original state with our new 360 viewer panel whilst adding your VFX to the adjusted version. Watch an animated laser shoot through you in 360, generate lightswords and be your own hero in your sci-fi hit with 12 super cool effects, including 360 Blur, 360 Distort, 360 Glow and 360 Fisheye Converter to name a few. No add-ons or plug-ins, just part of your HitFilm Pro package!

The HitFilm Pro 6 release is more user-friendly than ever, featuring separate timelines complete with their own fully fledged tools. Use the Editor Timeline to arrange your footage, sync the audio, splice the footage, and add the text. Oh, did we mention that there is an improved performance for importing MOVs (using H.264 codec) by removing the need to decode using QuickTime on PC? Another feature that will streamline your workflow. We also realize that no matter what level you’re at, everyone has different workstation preferences which is why you can customize yours to suit your editing habits. Make it sleek and simple with collapsible and expandable panels so nothing comes between you and your creative flow.

Editing on the move is no longer a hassle with the option to send projects to the Export Queue, and don’t worry if you need to close the software to do other things. HitFilm will save the point at which you were exporting and resume next time you boot up the programme. So, relax – go watch Alien again and return to your exported projects later.

Stop losing your marbles . . . and your footage, with the new Intelligent Search tool. Everyone works in different (and mysterious) ways, so no sweat if organizing your clips into separate media bins is not your thing. Simply locate what you need with the keyword search. Coming from another software system? No problem, our algorithm recognizes keyword links to help you find what you’re looking for.

Choosing one clip and experimenting with color correction and grading can be a whole lot of fun, but manually applying your perfect custom filter to an entire sequence is quite the opposite. Now you can quickly transform your projects by copy and pasting your cinematic colour grade attributes to the whole project.

Full speed ahead! Now you can get up and running straight away without waiting for hefty chunks of media to import. Product performance is a top priority of ours which is why HitFilm will now keep busy in the background so you can carry on crafting undisturbed. Less waiting, more editing. Playback quality is also customizable, meaning that you can experience faster playback when reducing the video quality so speedy editing takes priority. Say goodbye to lagging!

We’re looking forward to hearing what the HitFilm Community has to say about our biggest release of HitFilm Pro, as well as our professional bundle HitFilm Studio, and brand NEW Action Pro – our first motion building software. Visit us on Facebook or ping us a Tweet with your thoughts! Happy editing!

HitFilm Pro is ready and waiting for you right NOW.