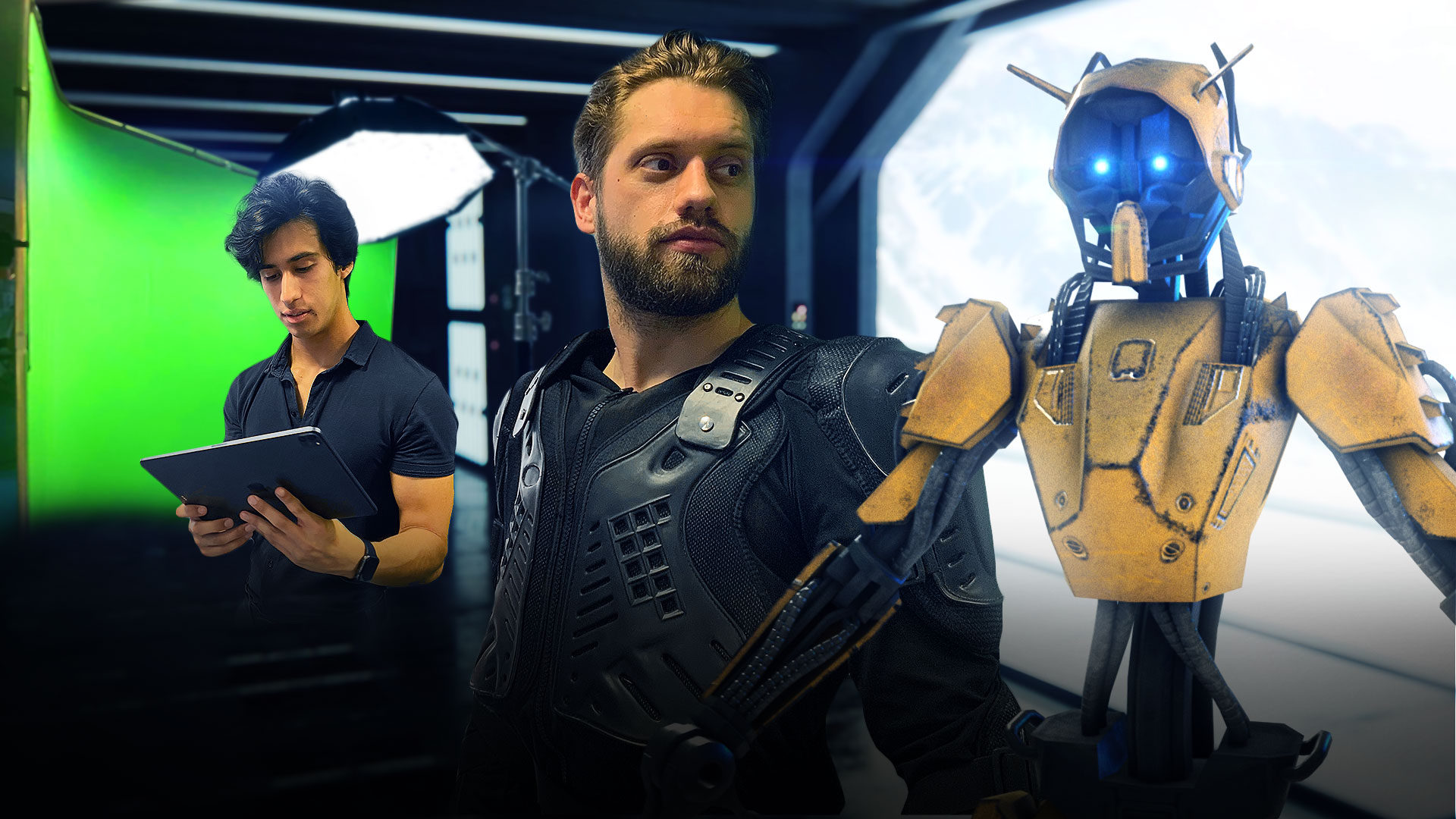 How to composite CamTrackAR tracked footage in HitFilm

Learn how to take your CamTrackAR tracked footage from your iOS* device and composite it into any scene you can imagine inside HitFilm. The tracking data mirrors the real-world camera movement in your CGI environment, and allows you to add 3D models at the same time!

Welcome to the second episode of our CamTrackAR Masterclass. This tutorial will show you how to take your CamTrackAR footage and composite it into any scene you can imagine inside HitFilm.

In the previous episode, we covered how to record and save your CamTrackAR footage. In order to begin adding a 3D model to your scene, you will need to navigate to where you saved your CamTrackAR files and import the .HFCS file into a HitFilm Project. The .HFCS file contains all of the tracking data along with the footage. Upon import, in the media panel, you will see a new composite shot with a Camera layer, Point layer(s), and your footage. In the viewer, you will also see that a 3D grid is aligned to your scene, and the footage has already been motion tracked – this means that you can begin to add other elements to your scene!

If you’re using HitFilm Express, you’ll need to purchase the 3D: Model Render pack to be able to access the full 3D rendering toolkit for 3D models; this functionality is already included in HitFilm Pro. When you import your model, you’ll have various controls to dial in the textures and how the materials react to light.

We sourced our high-quality GLTF model from SketchFab; however, HitFilm supports several other file formats such as .OBJ, .FBX, .3DS, and .LWO.

To allow the model to better integrate into the scene, you’ll need to adjust its material properties located in the Controls Tab:

Another significant thing to consider when compositing 3D models is the lighting – HitFilm has numerous types of 3D lights. To add a 3D light to your scene:

To further composite the 3D model into the scene, we used 2D effects such as Light Wrap, Film Grain, Curves, and a Blur effect. Lastly, we ensured that we enabled motion blur right before exporting.

As before, the process of compositing green screen footage into a virtual environment begins by importing the .HFCS Composite Shot into a HitFilm project. You’ll also need to import a rendered background created in Unreal Engine – created by importing the CamTrackAR FBX file into Unreal Engine (we’ll cover this process in more detail in the next episode).

With the CamTrackAR Composite Shot opened in your HitFilm Project:

Our subject appeared more warm and saturated than our cool snowy virtual environment. To counter this, we applied a Color Temperature effect reducing the Kelvin value; this resulted in the shadows having a purplish tint. To curb the shadow issue, a “Hue, Saturation & Lightness” effect was applied. Within the effect’s settings, we reduced the saturation of the Blue and Magenta channels while increasing the saturation of the Cyan channel. The Curves effect was used to alter the shades within the scene further. In the Curves effect settings, we added a curve to the Red and Green channels, resulting in a more cyan tone that better matched the colors present in the 3D Environment. Curves was also used to brighten the footage. Finally, we used a Light Wrap effect to help the color and light from the background leak onto the greenscreen plate.

To further drive the appeal of the scene, we placed a lens flare in the distance. As we already had the tracking data (via CamTrackAR), the process was very quick and easy to do:

The final Grade layer is what really brings the composite together, as these effects are applied to the entire scene.

However, Feel free to make adjustments and tweaks to these effects to better fit your composite.

Now you’ve learned how to film a scene with CamTrackAR and then composite in HitFilm! Stay tuned for the final episode of our CamTrackAR Masterclass to learn how to use the data to work with other programs, like Blender or Unreal Engine to create the 3D backgrounds that you saw in this video.