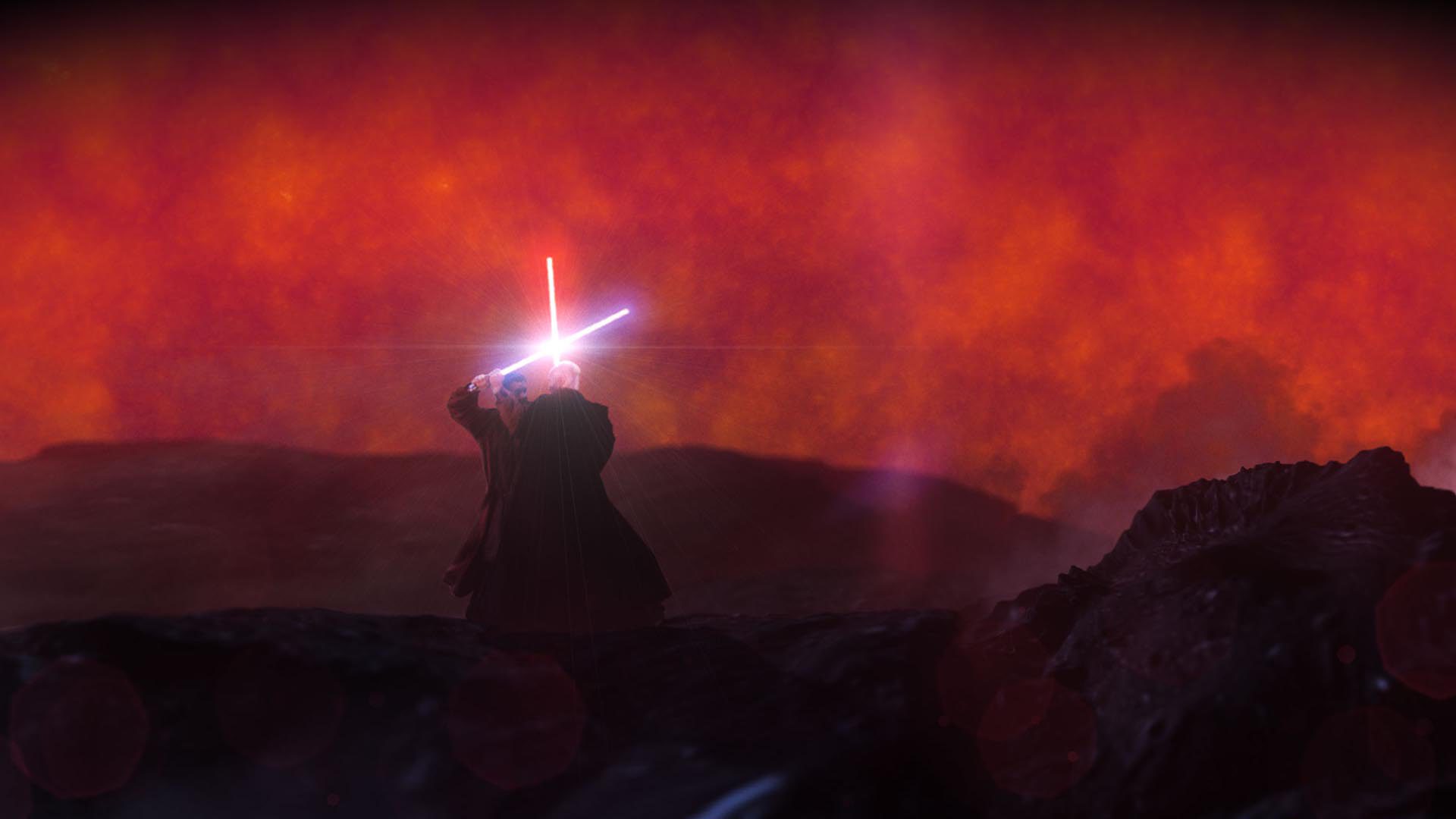 The latest free update for HitFilm 3 Pro tempts us back to the Dark Side with three brand new and inter-connected effects, focusing on the perennial favorite known as the lightsword*. We’ve also got workflow tweaks and fixes galore, so read on…
Get the update
What is HitFilm?
Free trial

The latest free update for HitFilm 3 Pro tempts us back to the Dark Side with three brand new inter-connected effects, focusing on the perennial favorite known as the lightsword*. We’ve also added workflow tweaks and fixes galore, so read on…

The circle is now complete

The primary purpose of Update #5 is to give me an excuse to insert as many Star Wars quotes as possible into this article. Star Wars fanfilms have never gone away and with The Force Awakens just around the corner we’re expecting the lightsword to once again reclaim its title as everybody’s First Effect.

Notably, Lightswords have traditionally been very labor-intensive, usually requiring frame-by-frame rotoscoping and extensive tracking by eye, due to the extreme motion blur on the prop weapons used by actors in action scenes. Automatic tracking simply doesn’t work when you’ve got a blade that is barely visible even to the human eye.

In Update #5 we’ve set out to minimize the workload and create the fastest, easiest, and best lightsword method you’ll find.

Three lightsword effects are included with Update #5, each with a slightly different focus.

Lightsword (2-Point Auto) is the main event, providing an easy way to position the effect using just two points (the hilt and the tip), which should be positioned on the leading edge of the blade. HitFilm then derives the required motion blur based on the relative movement of the points. You can choose between streaking which matches that in the movies or set up a custom streak to match the shutter speed and motion blur in your footage.

The 4-Point Manual version lets you create a rectangular shape, which is accurate but not as slick as the 2-point. Finally there’s the standalone Lightsword (Glow Only), which adds our custom glow behavior to any layer, with customization options for the flicker and edge stability.

Both the 2- and 4-point versions can be linked to tracked points, so if you do successfully track movement you can speed things up even more. Useful for less frenetic shots, perhaps – or, indeed, for creating other neon effects far, far away from Star Wars.

There’s no avoiding roto when it comes to lightswords, but Update #5 is the easiest and fastest system I’ve encountered for creating authentic results.

Not interested in space fantasy romps? Then check out the workflow tweaks introduced in Update #5:

Let us know how you get in with Update #5 and have fun with all that roto!

*also known by other names of varying legal complexity.

The dramatic image at the top of this blog post was created entirely in HitFilm 3 Pro. Here’s a quick breakdown.