While at VidCon, the HitFilm team attended not one but TWO of Corridor Digital’s panels titled ‘Getting Started with Special Effects’ (which also included talented filmmakers Brandon Laatsch, Joe Penna and Zach King) and ‘Pixel Masters – A Corridor Digital Q&A’ to get more insight into their process.

In case you don’t already know them, Corridor Digital (Niko Pueringer and Sam Gorski) started out in HitFilm’s old forums and quickly gained a following on YouTube (3.5 million subscribers is enough to be considered popular, right?)

Both of their VidCon panels were completely packed out and filled with filmmakers of all ages. We even spotted a kid no more than 8 years old in front of us, effortlessly editing on his iPad before the panel started. These were people looking for some serious advice.

While you may have noticed us furiously tweeting throughout the panel, we couldn’t just let all of this filmmaking knowledge dissolve into the air so we’ve put together a blog post for you featuring some of the best bits.

It took almost half the panel for them to realise they'd sat in the wrong seats.....

1. Identify your main goal with every piece

Before you release something new, have a think – what exactly is it that will indicate to you that your latest piece has been a success? You can’t expect one piece to do everything, so what do you want it to do best? Is it that you want more views than your last video? Or more comments? Or do you want proof that your viewers kept watching for four minutes instead of dropping off after just two?

These are important questions to ask yourself because it’ll make you decide what success looks like to you. And we all want success.

2. Work with what you have

Until you have the budget to have coordinated production design, you will need to work with what you have around you. Luckily, production costs are going down over time with software like HitFilm 3 Express becoming free to use, and hardware getting more powerful for less money. When you’re starting out, just remember you don’t have to shoot your first video with a RED camera for it to be a success.

This was a point that Corridor brought us back to again and again in both panels. When you are shooting new content, you will likely end up with hours of footage that you will at some point need to go through and edit, so try to be ruthless where you can. For instance, don’t slate or ‘cut’ constantly as it wastes time. Sam mentioned having to sort through 1 minute clips that would contain 10 seconds or less of usable content – the rest was ‘slating’ and ‘cutting’.

4. Write for what you can do

Simply put, you need to be practical with what you can achieve. No matter how excited you are by a concept, if you’ve been tasked to create a short in a week (or you have self imposed deadlines for your channel), don’t write a 10 page script for it.

Corridor Digital’s viral video ‘Superman with a GoPro’ took 5 days to shoot which they learned was far too long, but their most recent video ‘Bouncy Ball’ was completed in just one day. You can watch them both below. 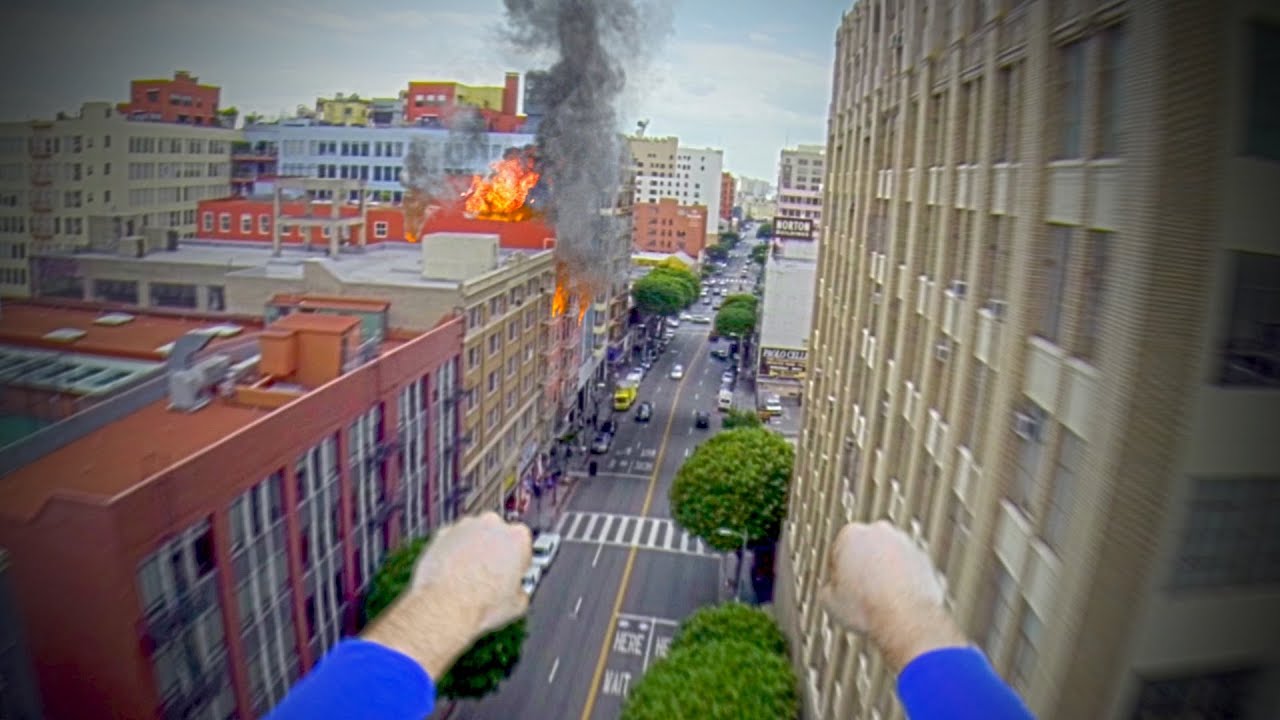 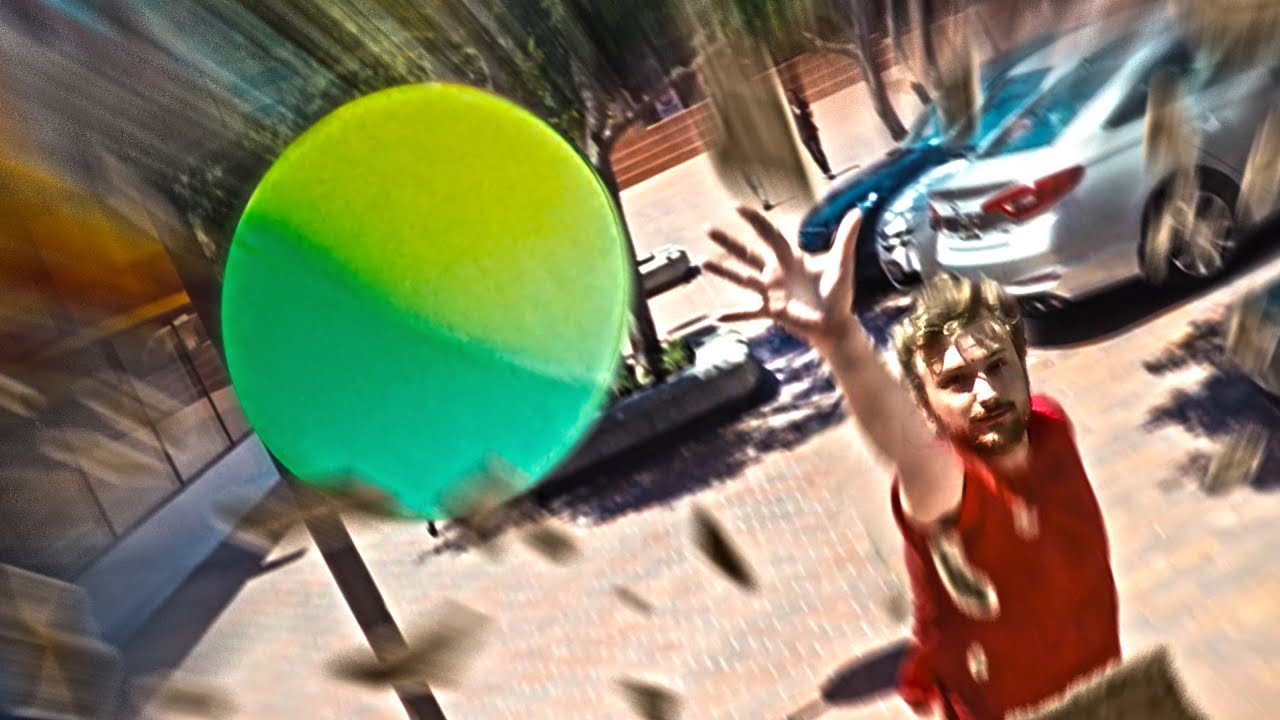 Cameras and equipment are notoriously expensive. Renting what you need is a great way to not only save money, but make new contacts.

Even better, Niko suggested using the opportunity to ask questions, have conversations with people and make a personal connection. You might even find that they’re interested in what you’re doing and offer you some additional equipment or be willing to work with a smaller budget.

6. Know the tricks you can use

Before you even start thinking about post production, get to know the tricks that are easy and unique but still give you really compelling imagery. One of the main ways that Corridor Digital saved time and money at the beginning was to use in-camera tricks (such as perspective shots for giants – the same technique used in The Lord of the Rings). If you want to brush up on these older effects, there are plenty of articles around that show you how studios achieved engaging shots before VFX existed.

7. Deceive your actors into giving the emotion you want (in a nice way)

Sometimes, you’ll find on a shoot that your actors aren’t quite giving you the performance you need, which can get frustrating. In that case, you can try to capture genuine performances rather than acted scenes.

One example they used was when they once directed a scene where two actors had to walk away from the camera and down a hallway. They tried multiple takes but the actors moved too stiffly in every scene. Instead, the directors yelled ‘cut’ but secretly kept rolling and shot the actors walking back towards their mark. It was a way of taking all the ‘acting’ out to catch the two actors in a genuine moment.

8. An online community is the best place to learn

If you’re an aspiring VFX artist, or you want to learn more about filmmaking, hopping onto an online forum with other people is the best place to start. Sam and Niko both agreed that there is nothing better than the comradery and the healthy competition that comes with being surrounded by people who are as obsessed with the same thing you are.

As it happens, the forum they used was our old FXhome forum (now the HitFilm forum), which you might use yourself. To celebrate 15 years of working together they recently uploaded their first film (a Star Wars tribute). 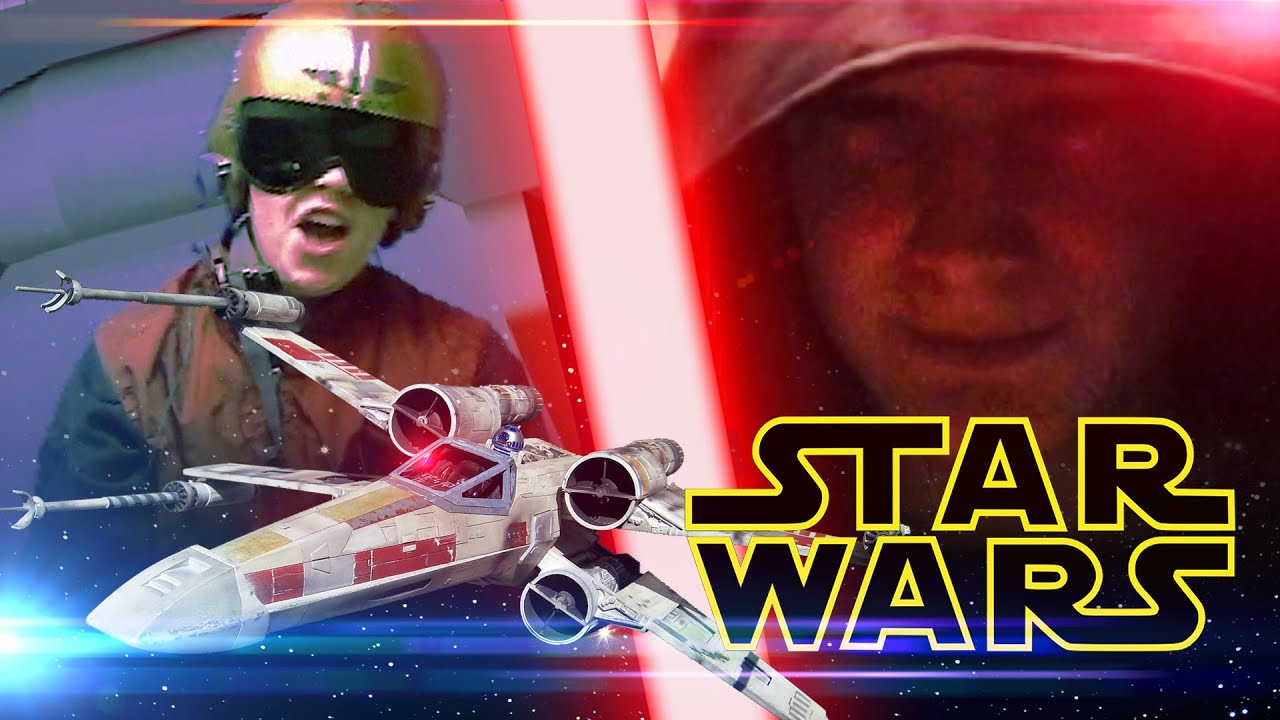 9. Keep as much footage as you can

Together, Corridor Digital have over 30TB of video footage from years of producing content. They both admit that deleting clips forever is really hard to do, as you never know when you might use it.

It might be a pain, but if you can find a hefty hard-drive, keep all the footage you have. It might come in useful one day.

Now, we’re not talking anything massive – but the use of things like LUTs in HitFilm and other software can save you so much time and give you the flexibility to concentrate on other things. Use your time wisely, and don’t feel guilty for it.

Working on a big project and finding that your creativity is waning? Try putting that piece aside for just a few days and creating something completely new and short instead. Chances are that by the time you get back to the original project, you’ll have new ideas and perspective – and a nice little bit of extra content too.

12. Writing is at the core of everything

In Corridor Digital’s opinion, writing is the most important part of any filmmaker’s journey. And also the hardest (neither Sam or Niko enjoy writing scripts). No matter how great your VFX or cinematography is, it will never be a decent piece without good writing. This actually is very similar to Freddie Wong’s latest video where he challenges those who think that VFX is ruining movies by arguing that perhaps people are simply relying too much on them, and neglecting the script. 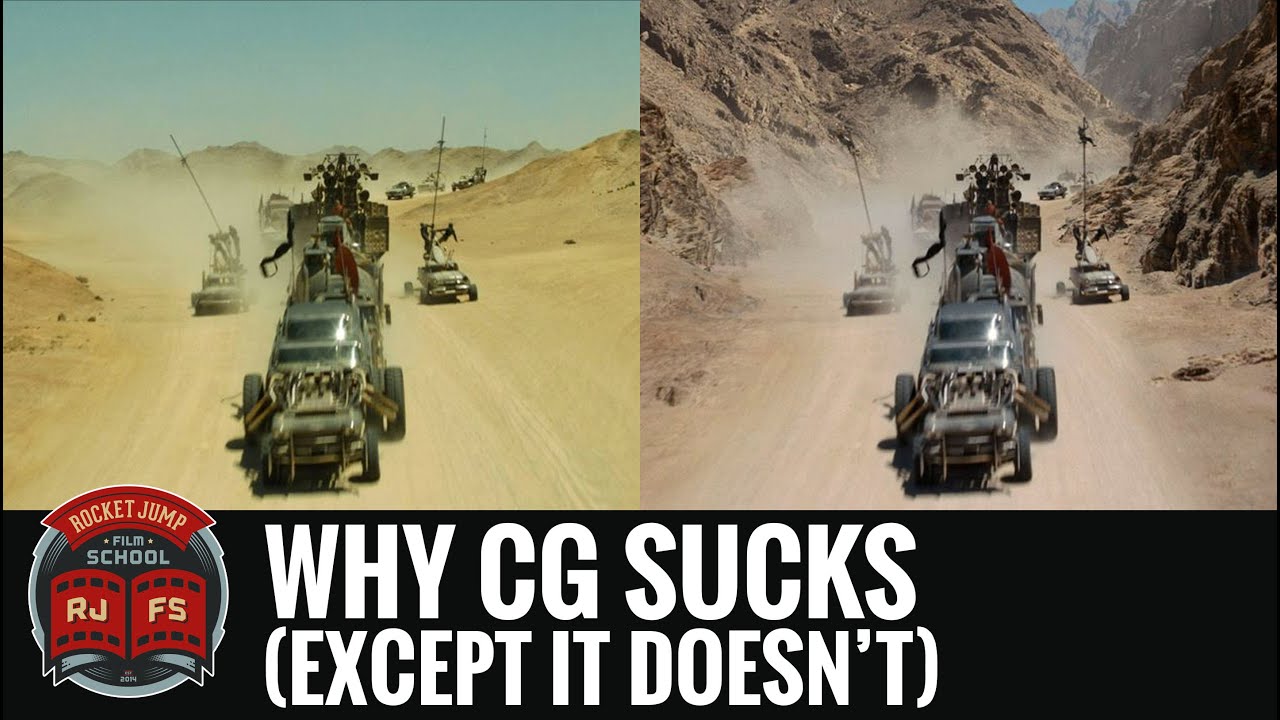 13. Balance getting something finished with getting it perfect

Sometimes spending days perfecting something is a way to disguise it not being very good. At some point, you’ve just got to put it out.

In Sam’s exact words: “Get your sounds sounding nice. Spend some time color grading. Get your VFX to at least convey the content. At that point, if it’s not working, it probably never will.”

Their recent ‘Real GTA’ video is a perfect example of that – it was an exercise in letting go of perfectionism and not panicking if the effects weren’t perfect. And yet in the first 60 hours it had almost 10 million views. 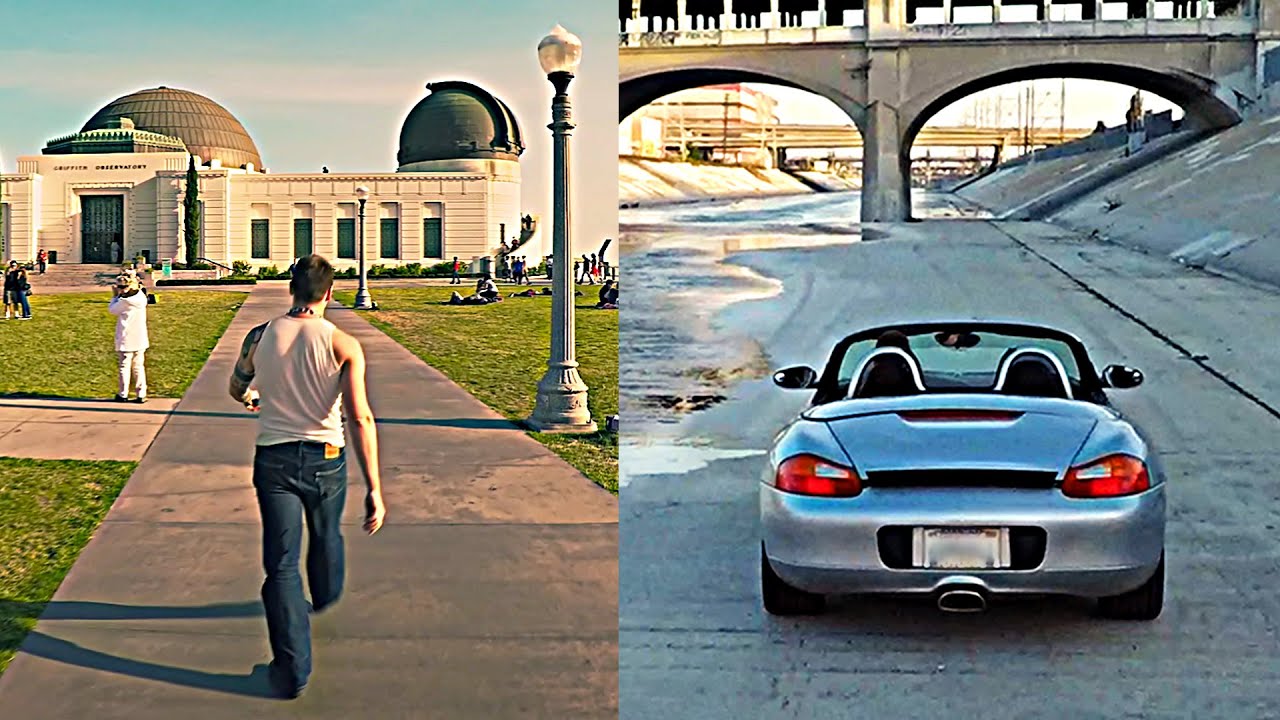 14. Take a common experience and give it a twist

This was a response to the question “How do I get people’s attention online?”
True to form, a lot of Corridor Digital’s original content was about taking something people could recognise and adding their own unique spin to it – whether that’s painting a wall, farting or wizards puking potions.

15. You will never be satisfied

Since the writing of this article, Corridor Digital have won THREE categories (“Sci-Fi & Action content”, “Visual & Special Effects” and “Short Form Creativity”) in this year’s Streamy Awards. Big congratulations to them!