As a member of the HitFilm community, you already know that we released the latest version of HitFilm Pro in November along with a brand new payment model which gives all you Pro users the software PLUS 12 months of awesome updates. Since November we’ve released a number of smaller update patches but the time has come for something big! Today we’ve kicked things into gear with the latest installment, HitFilm Pro 7.0.

We wanted to make the whole process of adding and adjusting effects more intuitive and efficient. Fiddling with the properties of effects can be time consuming but now we’ve added intuitive graphical widget controls to 40 of the awesome effects that come with HitFilm Pro including the Puppet Tool, a number of the Behaviour Effects, Light Flares and Warp effects just to name a few; allowing you to easily drag, move and adjust certain properties directly in the Viewer. All these effects can now be adjusted directly in the viewer without the need to manually tweak the numbers in the effect’s control panel.

With the new release schedule giving you the latest and greatest features as soon as they’re ready, we have made it it easier for HitFilm users to be as creative as possible. We want to see you all making great things without the need to wait around for a yearly release. Even better – these cool viewer controls will be added to even more of our plugins over time, so you can be sure that your workflow will always be getting quicker.

A huge shoutout goes out to everyone reading this post, along with a little request; we’d REALLY love to hear what you think of these new features! What do you like about them? What could be improved? What other effect would you like to see these intuitive controls added to? Be sure to share your ideas in the comments section below!

Download HitFilm Pro 7.0 now to take it for a spin.

We’ll see you all again very soon for the next update! 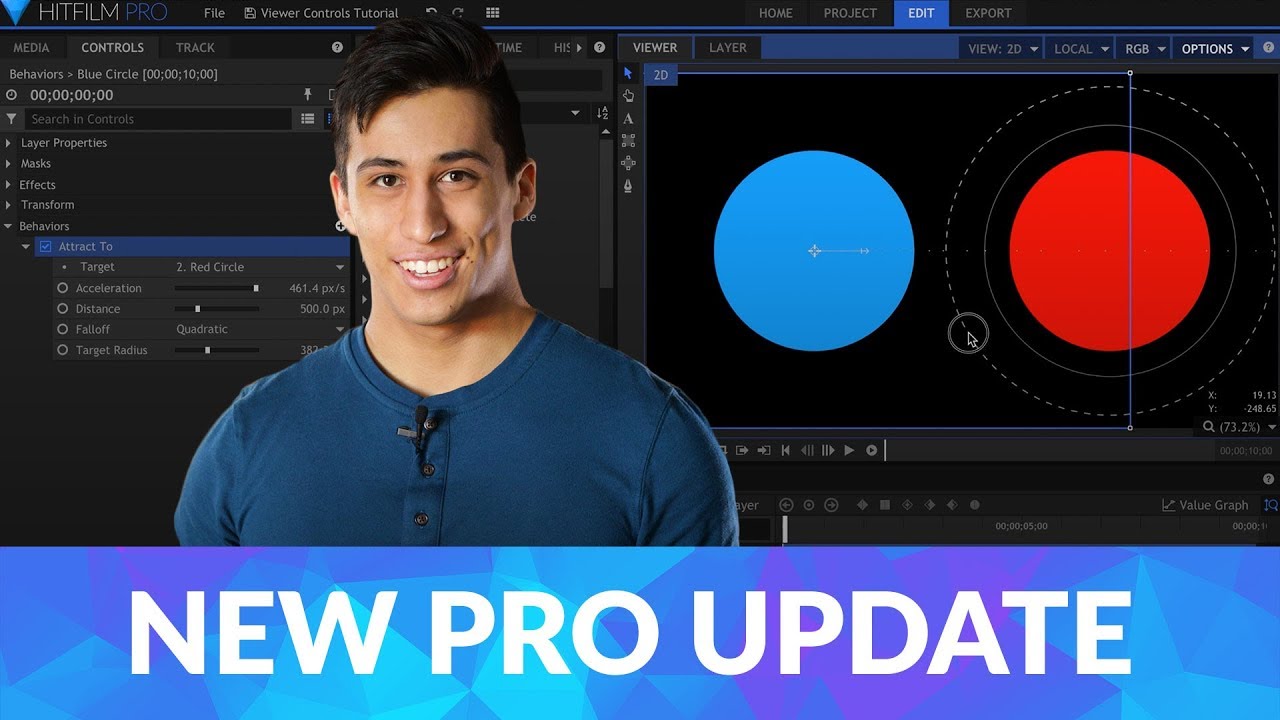