There’s a lot to consider when looking for a professional video editing computer, so we thought we’d make it easier for you – the blockbuster creators of the future – by putting together this comprehensive guide. 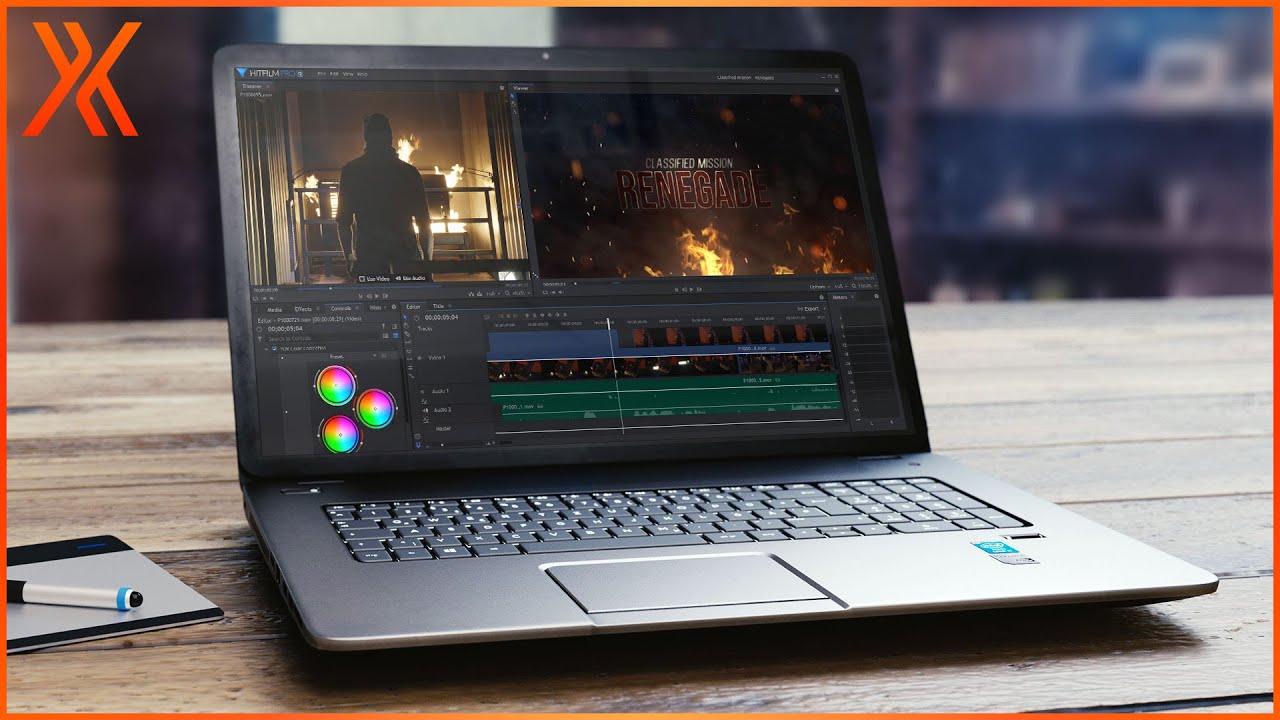 So let’s see what it takes to get a beast of a PC for video production.

What are your options?

Depending on your needs, it might be best to visit your local PC store, or to get a machine custom-built.

What specs should you look for in a store-bought computer?

If you’d rather skip the hassle of selecting a custom specification PC and just want to know what you need to look for in a workstation. You can follow these general guidelines:

Don’t forget you also need to set some budget aside for peripherals like a good-quality, color-corrected monitor, an ergonomic keyboard for those long, late-night editing sessions and some decent speakers or headphones for monitoring audio.

You can build your own PC from the ground up if you have the time and the know-how. However, for a little extra money you can have a specialist build you a performance desktop to your own specification. Most computer stores will test any hardware before they send it to you and you’ll usually get a warranty to cover you against any faults that might occur in the near future. Our users recommend xoticpc.com and avadirect.com if you’re in the US. In the UK, you might like to try pcspecialist.co.uk.

What do I need to consider when building a video editing workstation?

It goes without saying that you can’t make great content if you don’t have anywhere to keep it.

That’s why storage is important. The storage drive is where your software, operating system, and all of your files are kept. We recommend a solid-state drive. They’re lightning fast when compared to a traditional hard disk drive. This means that you can load up your editing software and plugins in moments, resulting in less time twiddling your thumbs and more time creating. They also produce a fraction of the heat of an HDD (which you might have noticed get pretty damn hot!)

How much storage do you need?

It really depends on the sort of footage you’re working with. If you’re planning on recording feature-length films in 4K, you’ll need a lot (several terabytes at least). If you’re mostly filming short skits for YouTube, you can probably get away with a lot less.

You get a lot less storage for your money when purchasing an SSD compared with a hard disk drive as they are more expensive. General best practice is to pair an SSD with an HDD drive:

If storage is long-term memory, RAM is short-term. When you open an application, it uses the available RAM to temporarily keep any information you are working with.

Most video applications need a minimum of 4GB of RAM. If you’re only working on the occasional video presentation this should be fine; however, we recommend at least 8GB. 16GB or more for a smooth-running video-production configuration, and 32GB if you’re going to be working with 4K footage.

The CPU is the brain of your computer. It performs all of the calculations required to run your operating system and all of your software.

Generally speaking, the better the processor, the better performance you’ll get out of your machine (so long as you avoid bottlenecks that could stop it from using its full potential, but we’ll get to that later on).

We recommend an Intel i5, i7 or i9 processor, or the AMD equivalent (ideally something with four or more cores).

The more cores a processor has, the more processes it can run at once, which in most cases means faster performance. Think of it like washing a car. Cores are like additional hoses; the more hoses you have, the more of the car you and your friends can wash at once.

That being said, if you’re planning on doing a lot of animation, motion graphics, or 3D work, it’s important to consider ‘single-core performance’ i.e. how fast your machine can carry out a process that can’t be delegated between multiple cores. Going back to the car-wash analogy, the more hoses you use at once, the lower the water pressure gets, which might mean it takes longer to remove stubborn dirt. A faster processor speed is like upping the water pressure -it will increase performance on single-core tasks.

Powerful, multi-core processors also get hot (really hot!) so you’ll need to set aside some budget for a decent cooling system to keep them from overheating. You also need to ensure your computer case is well-ventilated. No-one cares how awesome your PC looks if it’s on fire.

A graphics card is a processor that’s optimised to handle image and graphics based processes.

Your GPU (which is actually the functioning component within the graphics card) handles all of your filtering, rendering, encoding etc. We recommend that you set aside a significant portion of your budget to get the best GPU you can afford.

To see good performance in your software you’ll need at least 1GB of memory within your GPU.

Much like the CPU, the GPU usually has a number of ‘cores’. Depending on the model, they may be called different things (CUDA cores or stream processors, for example). Unlike CPUs, GPUs can have hundreds or thousands of cores. The more cores you can get the better. If you’re working with 4K footage, aim for 1000 cores or more.

It’s worth noting that many graphics cards have essentially the same architecture, but different cooling designs. If you see the same specs at different prices, you’re likely paying for the reliability of a more effective cooling system, which could save you a lot of money down the line.

The motherboard’s main function is to work as a skeleton to integrate all of your components together so it might seem silly to worry about which one you choose. However, you need to make sure your motherboard is not only compatible with all of your other components, but also won’t cause a bottleneck that restricts performance. You don’t want to spend a fortune on a powerful processor if your motherboard only supports half of the processing speeds.

Whilst we’re on the topic of redundancy (i.e. having components above the scope of what they’re needed for), it’s generally good practice to buy components of a similar level within their respective price-ranges, otherwise, you’re likely to see bottlenecks across your system and the money you’ve spent on expensive components might be wasted.

So to sum up, here’s everything you need to get the best computer build for video editing:

What are the requirements for a 4K video editing PC?

Most of the same will be applicable, although you’ll want more working memory and a higher performance CPU and GPU. We recommend something along these lines:

I hope you’ve found our guide useful. Now, what are you waiting for? Go get yourself a killer workstation and start creating some killer content. Download HitFilm Express all-in-one Editing and VFX software for free below and learn all of the tricks of the trade with our handy video tutorials.