Let’s start by clarifying that ‘video camera’ is kind of an outdated term. Gone are the days of needing a dedicated camera for both video and photo. Most modern cameras are pretty well equipped to handle both mediums, although there are a few things you want to consider:

Can I shoot great video on my mobile?

Current smartphones can shoot high fps footage and impressive 4K video from the convenience of your back pocket. Which does beg the question: why bother getting a dedicated camera at all?

Firstly, there isn’t much space for a decent-sized sensor. This doesn’t just affect resolution, but also how well it performs in low light. This is usually compensated for by wacking up the sensitivity, leaving you with footage that’s grainier than a bowl of bran flakes.

There’s also the problem of data storage. An hour of 4K footage will set you back a whopping 22GB. Which is over a third of the 64GB limit of most current smartphones. Add this to the fact you’re stuck with a fixed lens with no optical zoom, and you can see the limitations quickly stacking up.

If you’ve got a great idea for a short film, and you’re not too worried about quality, you can have real success filming on your phone. Otherwise, it might be worth investing in a dedicated video camera.

Should I use a camera or camcorder?

A lot of videographers favor what you might consider “photo cameras” over camcorders. There are some situations to which a camcorder is better suited. The specific features depend on the model you choose, but this is the kind of difference you can expect:

I want to use a camera for my videos. Which type should I get?

DSLR's, mirrorless and fixed lens cameras are all good starting points for a beginner videographer. Let's go over the differences.

Fixed lens cameras are great for beginners because they’re easy to use straight out of the box, but they can be a restriction if you’re looking to get creative.

Your lens is a huge factor in how your footage comes out. DSLR and mirrorless cameras benefit from interchangeable lenses, making them far more versatile, and broadening your creative scope (pardon the pun). This makes them a great option for film students or budding filmmakers looking to get creative with their first short film.

You might want to opt for a fixed lens if you’re looking for a camera to film YouTube videos like reviews or video-blogs, and you’re not too worried about making it look nice. Fixed lens cameras are cheaper and more compact. However, you want to be sure that your requirements won’t change anytime soon.

Most DSLR or mirrorless cameras come with a decent optical zoom lens you can get a lot of mileage out of. That being said, it’s a good idea to set aside some budget for additional lenses if you do opt for an interchangeable lens camera.

DSLR’s offer greater control over your footage, but are heavier and bulkier than mirrorless cameras.

A DSLR uses a series of mirrors to reflect light up into the viewfinder so you can see exactly what’s coming through the lens (similar to how a periscope works). When you begin shooting, the first mirror moves out of the way, sending light to the sensor instead.

Mirrorless cameras have a digital viewfinder fed from the sensor instead, or in some cases don’t have one at all, just an LCD display.

The optical viewfinder in a DSLR allows you to manually focus with greater precision. It also gives you a better idea of what your sensor is seeing before you hit record.

Mirrorless cameras are lighter and more compact than DSLRs, so they’re a great choice for travel bloggers, or those looking to shoot high-quality film at short notice.

Weighing up your options

Before jumping in on a big purchase, it's important to weigh up the pros and cons.

Which brand should you choose?

There are a number of brands that serve as the benchmark in the camera industry . They all have plenty of high-quality video camera options for beginners, film students and semi-professionals.

You should see good results from any of the leading manufacturers: Canon, Nikon, Panasonic, Sony, and Olympus. We suggest trying a few different cameras from each brand and seeing which ones you get on with best. Most photo/video stores will be happy to let you have a play around with their showroom models to see what kind of kit you’ll be working with.

It’s easy to get option paralysis once you’re stuck deciding between two or three cameras. Luckily for you, there’s plenty of reviews, unboxings and comparison videos on YouTube to give you a better idea of what to expect from a camera, and they’ll often include test footage to show you what it’s capable of.

Oli and Kirstie tell us their top picks for filmmaking in the video below. 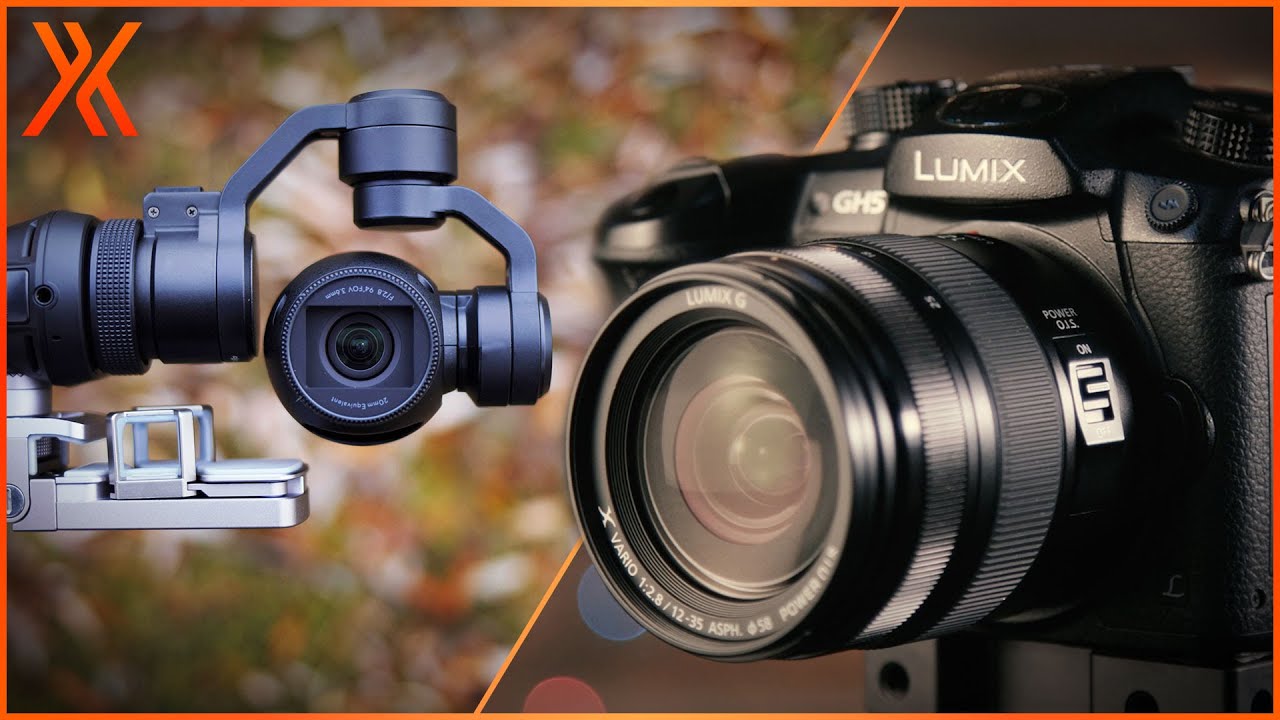 An important note on budget

Audio is important. If you don’t set aside a little budget for sound-recording gear then it will likely compromise all of the effort you put into your footage. A good rule of thumb is to spend roughly half as much on audio equipment as you do on a camera, although you should adjust this based on what type of content you’re creating, and how important audio is to your project.

Looking for something small and light-weight?

If you’re not too bothered about getting the highest quality footage, fixed-lens cameras are compact and relatively inexpensive.

Is image quality your priority?

Doing a lot of extensive movement whilst recording?

Choose a DSLR or mirrorless camera with a large sensor and get a lens with good low-light performance.

Looking to get really creative with your shots?

You’re likely best suited to a DSLR, or mirrorless camera if you need something more compact – and spending a little money on two or three different types of lenses to use with it.

Users from all over the world are discussing filmmaking in the FXhome forum. They have lots of experience and helpful insight, so if you’re still unsure, it’s worth starting a discussion with the community. Everyone’s needs are different, so it’s best to figure out what your requirements are, what your budget is, and go from there.

Great footage is no good without a great editor. HitFilm Express is a free video editing, VFX and 3D software. What are you waiting for? Create something awesome today! Download HitFilm Express.